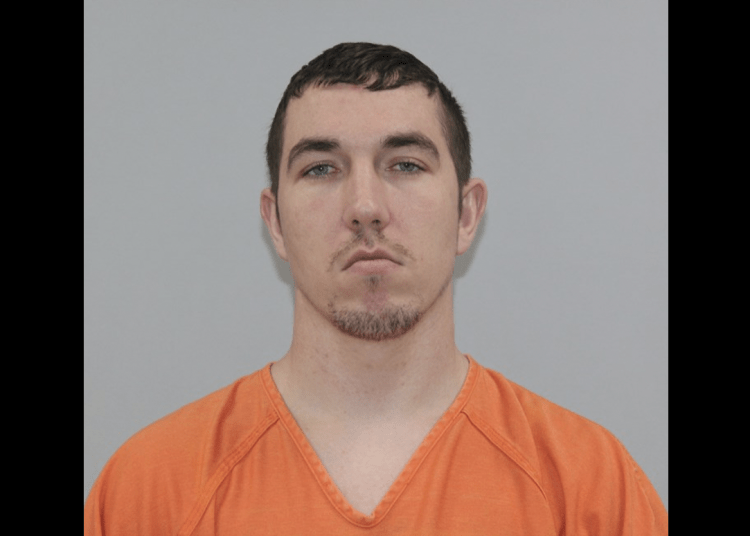 Cody Pfister was charged after he posted a video of himself licking items at a Walmart on March 11, 2020, to mock fears about the coronavirus. (Warren County Jail)

WARRENTON, Mo. – A Missouri man is facing a criminal charge after posting a video of himself licking items in Walmart earlier this month, apparently mocking the severity of coronavirus, authorities said.

Cody Lee Pfister, 26, of Warrenton, is charged with making a terrorist threat for the act committed on March 11. He was arrested Monday after authorities received complaints about the video from “locals, nearby residents, as well as people from the Netherlands Ireland, and the United Kingdom,” the Warrenton Police Department said.

“We take these complaints very seriously and would like to thank all of those who reported the video so the issue could be addressed,” the department said.

Warren County prosecutors said the video posted to social media shows Pfister licking a row of deodorant products at a Walmart one hour west of St. Louis, according to the St. Louis Post-Dispatch.

Pfister “knowingly caused a false belief or fear that a condition involving danger to life existed,” court documents state, adding that he acted “with reckless disregard of the risk causing the evacuation, quarantine or closure of any portion” of Walmart.

Pfister’s attorney, Patrick J. Coyne, said in a statement Wednesday that the video was actually taken on March 10, the day before the World Health Organization declared COVID-19 a pandemic.

“Public conduct that was immature on March 10 looks completely differently through the lens of today,” Coyne said. “Everything has changed at warp speed, but that should not work retroactively and convert a tasteless and impulsive act into a criminal terrorist threat.”

The products were taken off the shelves and thrown away, Warrenton police told the New York Post.