The Mississippi Bureau of Investigation said the suspect is being treated and is in the custody of law enforcement personnel. 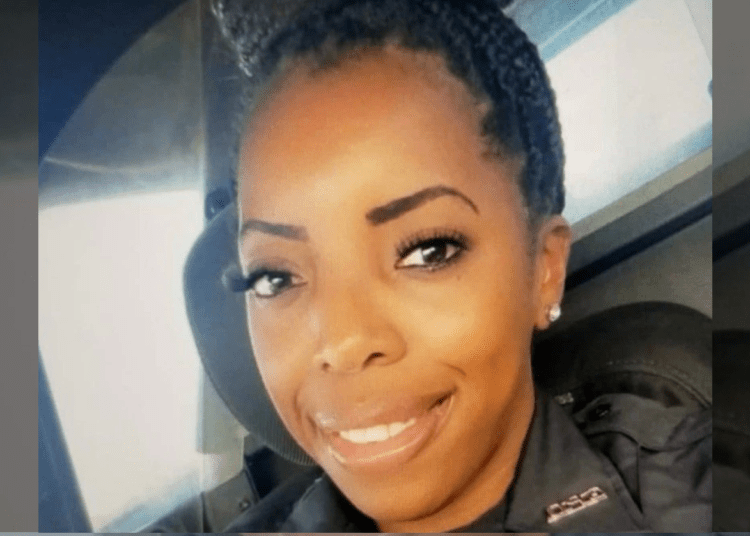 Detective Myiesha Stewart was shot and killed in the line of duty Tuesday night.(Department of Public Safety)

GREENVILLE, Miss. – A police detective in Mississippi was killed in what is being described as a “big shootout,” authorities confirmed.

The deadly encounter occurred between Reed and Rebecca Streets in Greenville around 8:30 p.m. Tuesday. The downed officer was identified as Detective Myiesha Stewart. She was shot and killed while responding to a call, WVLT 8 reported.

The Mississippi Bureau of Investigation is handling the case. Once the investigation is complete, they will “share their findings with the local Attorney General’s Office,” officials said.

According to MBI, the suspect is being treated and is in the custody of law enforcement personnel.

“We are deeply saddened by the loss of Detective Myiesha Stewart,” Tindell wrote. “Our thoughts and prayers are with her family and friends as well as the members of the Greenville Police Department.”

Stewart was the mother of a 3-year-old son, Chase, who was present at the mayor’s Wednesday press conference. “Our community is hurting,” Simmons said before breaking down in tears, WLBT reported.

Simmons said Stewart was a person who exhibited “heart and courage.”

“In her final act,” he said, “she leaves a legacy of duty, honor, strength, courage and service.”

“Her bravery and selfless service to her community will be remembered,” the governor said. “We are safer because of the tireless commitment of her and police officers around the state to keeping our families safe.”

There were no further details immediately released.