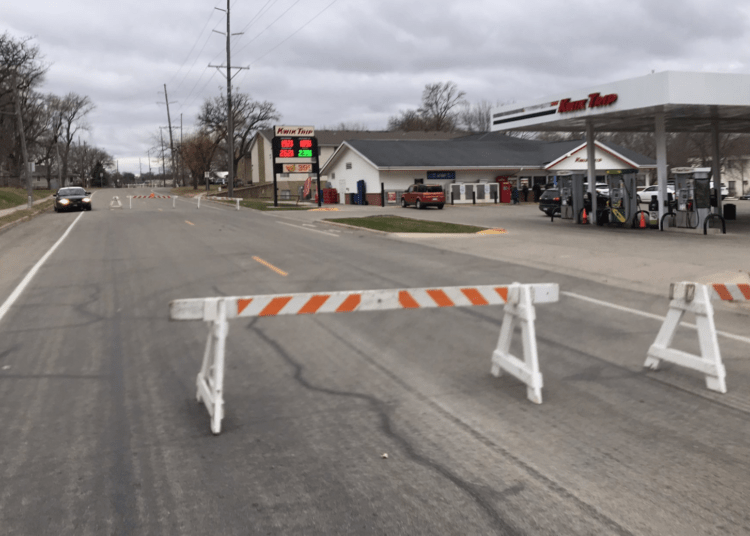 A Minnesota police officer was ambushed and shot in the chest Sunday. (Twitter)

ALBERT LEA, Minn. — A gunman in Minnesota ambushed officers responding to a complaint before holing up in an apartment building and starting an hours-long standoff Sunday morning, according to law enforcement sources.

Police in Albert Lea were responding to reports of a noise complaint or weapons violation, after gunshots or fireworks were reportedly heard, the department said in a statement.

When police arrived on the scene at 2:18 a.m., the suspect, later identified as Devin Matthew Weiland, 21, fired multiple rounds at police, striking one officer in the chest and hitting at least two patrol units, according to the department.

The police statement read in part:

Upon arrival, a suspect ambushed an ALPD officer, shooting multiple times; at least two impacts to the squad and one impacting the officer’s chest. The officer was able to tactically relocate to a safe zone, assess injuries, and drive directly to the ER.

It was unclear whether the officer was wearing soft body armor.

After the ambush, Weiland ran inside an apartment complex, where he reportedly fired rounds with a high-powered rifle, KIMT reported.

Police cleared residents from the complex and shut off electricity to the building, as negotiators and a SWAT team were brought in during the standoff, which lasted until 11 a.m., ALPD said.

Some roads still blocked in Albert Lea after their police department says an officer was shot responding to a report of gun shots @kare11 pic.twitter.com/aNO7gF265P

The suspect surrendered after receiving shrapnel injuries during an exchange of gunfire.

“At one point during the active shooter incident, a Minnesota State Patrol trooper discharged their firearm. Mr. Weiland sustained shrapnel injuries but it is unknown at this time whether he was shot. Mr. Weiland then surrendered to law enforcement and was taken to Mayo Clinic Hospital – St. Mary’s Campus where he is being treated for non-life-threatening injuries” the Minnesota BCA said Sunday night.

There were two additional male victims (ages 38 and 52) in the shooting with both being transported by air to Rochester. The Minnesota BCA said Sunday night both have non-life-threatening injuries, KIMT reported.

The injured officer was treated and subsequently released from the hospital, Albert Lea police said.

“Our thoughts are with the Minnesotans who were hurt in the shooting in Albert Lea this morning,” Minnesota Governor Tim Walz said in statement issued Sunday afternoon, according to CNN.

“Thank you to the law enforcement officers, including both local teams and our State Patrol troopers and Bureau of Criminal Apprehension agents, who worked to keep Albert Lea residents safe from further harm,” Walz said.