Michigan sergeant sued over fatal shooting takes his own life 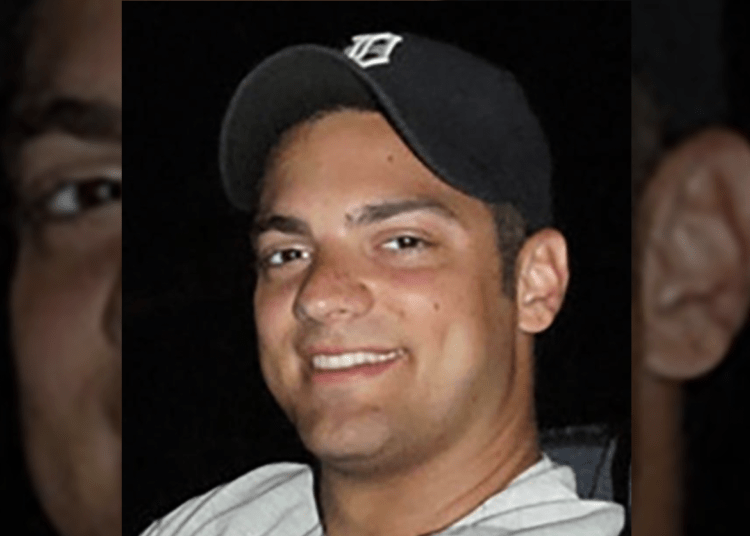 DEARBORN, Mich. — A Dearborn police sergeant facing a lawsuit over the fatal shooting of a black man in 2015 has died, authorities said.

“This is a tragic situation for our department, our community, and for the family of our fallen officer,” Chief Ronald Haddad said in a statement the day Hampton died, Detroit Free Press reported. “As we grieve as a law enforcement family, please respect the privacy of the family during this extremely difficult time.”

According to Michael A. McElrath, the communications and community outreach director for the county, Hampton suffered from a gunshot wound to the head, Press & Guide reported.

No further details were released.

At the time of his death, Hampton was involved in a civil lawsuit in connection with the fatal shooting of Kevin Mathews in Dec. 2015, CBS Detroit reported.

Police officers were dispatched to a gas station on Tireman and Greenfield on a report of a disturbance. Matthews, 35, reportedly was harassing a female clerk inside, and when police arrived, they asked Matthews to step outside. He, instead, fled on foot.

That same day, Hampton was conducting a traffic stop near the same location when he saw Matthews and informed dispatch he would attempt to make contact with him.

When Matthews walked past the traffic stop area, Hampton crossed into Detroit to speak with him on the prior incident and warrant violation. Hampton pursed Matthews on foot yelling for him to stop, but the chase continued to a backyard in the 8800 block of Whitcomb where the shooting took place.

Five witnesses were interviewed and stated that the sergeant and Matthews “engaged in an intense struggle that started in the grass near the fence line.”

It ended in the driveway when Matthews stood over the sergeant and pulled an ammunition magazine from the duty belt. Hampton was still on his back when he fired the nine shots killing Matthews, the police report said.

Hampton was cleared of wrongdoing in 2016, when Wayne County Prosecutor Kym Worthy declined to pursue charges.

“Our goal is to make sure that we make just decisions according to the applicable law,” Worthy said in a statement at the time the decision was announced. “These decisions were particularly difficult and heart wrenching for all parties involved, including me. We take our responsibility very seriously and both cases had many issues to investigate. This added significant time to our ability to come to just decisions. We interviewed numerous witnesses, reviewed reports, analyzed all the physical evidence, police training materials, medical records, and consulted with multiple experts. Thoroughness takes time. … After careful analysis we have concluded that we cannot prove the Matthews case beyond a reasonable doubt because of the laws of self-defense.”

Nevertheless, the Matthews family filed the $10 million wrongful death lawsuit against Hampton and the city of Dearborn in October 2016.

U.S. District Court for Eastern District of Michigan Judge George Steeh declined to dismiss the civil lawsuit last May. Steeh ruled that experts had cast doubt on Hampton’s explanation for the shooting which lead to Matthews’ death.

Although settlement talks had taken place, there had been no agreement.

Hampton was a 10-year veteran of the police department, Times-Herald reported.

Along with his daughter, Hampton leaves behind his wife, Karly Hampton.