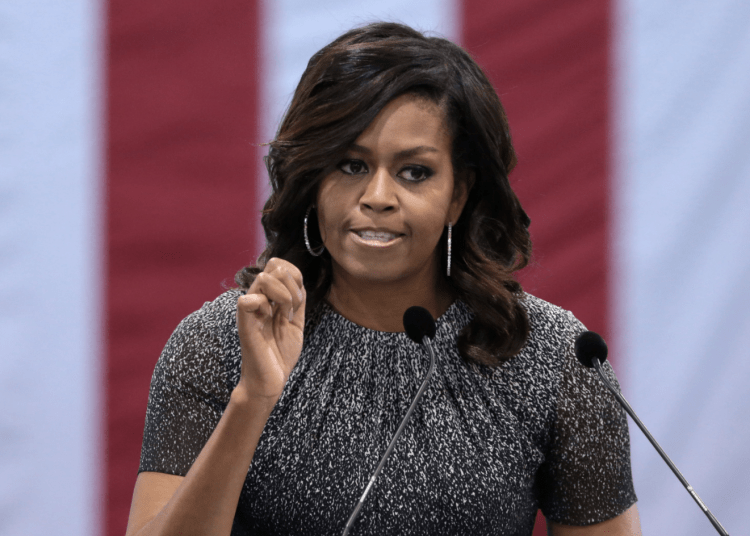 Former first lady Michelle Obama fears for her daughters when they get behind the wheel of a car amid police use-of-force incidents, she said.

However, Obama says there’s “still work to be done” as she uttered progressive talking points, which are not based in facts or logic, but rather, emotion.

“Many of us [black people] still live in fear as we go to the grocery store or walking our dogs or allowing our children to get a license. I mean, just imagine — [my daughters] are driving, but every time they get in a car by themselves, I worry about what assumption is being made by somebody who doesn’t know everything about them,” she said of her daughters, Malia and Sasha, in an interview with CBS News released Friday.

“Maybe they’re playing their music a little loud, maybe somebody sees the back of their head and makes an assumption,” she continued. “I, like so many parents of black kids — the innocent act of getting a license puts fear in our hearts.”

The former first lady’s fears, which are shared by the black community, need to be talked about “more,” she said.

“We have to talk about it more, and we have to ask our fellow citizens to listen a bit more and to believe us and to know we don’t want to be out there marching. I mean, all those Black Lives Matter kids, they’d rather not have to worry about this. They’re taking to the streets because they have to,” she said, adding that the issues originate from a “history that is just sad” and “dark.”

Former President Barack Obama has been an outspoken advocate for the BLM movement since Floyd’s 2020 death. The Democrat praised the April 20 jury decision to convict Chauvin on all counts, but he cautioned the public that the decision was not “sufficient” in remedying “racial bias.”

“Today, a jury in Minneapolis did the right thing,” the former president wrote in a tweet.

“While today’s verdict may have been a necessary step on the road to progress, it was far from a sufficient one,” he continued. “We cannot rest. We will need to follow through with the concrete reforms that will reduce and ultimately eliminate racial bias in our criminal justice system. We need to redouble efforts to expand economic opportunity for those communities that have been too long marginalized.”

Statistically speaking, the Obama’s daughters run a much greater risk of being killed in a traffic collision or getting struck by lightning, but those topics do not fit their anti-police agenda.

People often cite Breonna Taylor as an “innocent” black women who was killed by police. However, when espousing this talking point they ALWAYS omit the fact that her boyfriend, Kenneth Walker, opened fire on police — who provided knock and notice while serving a search warrant — striking Sgt. Jonathan Mattingly in the leg. They also discard the probable cause established in the police affidavit, which provided a reasonable belief that Taylor, along with her apartment, was being used to facilitate narcotic transactions.

The chances of Barack and Michelle Obama’s daughters getting injured while complying with police officers is so infinitesimal as to not even register. Yet that does not stop the former president and first lady from shamefully spreading fear and disillusionment.