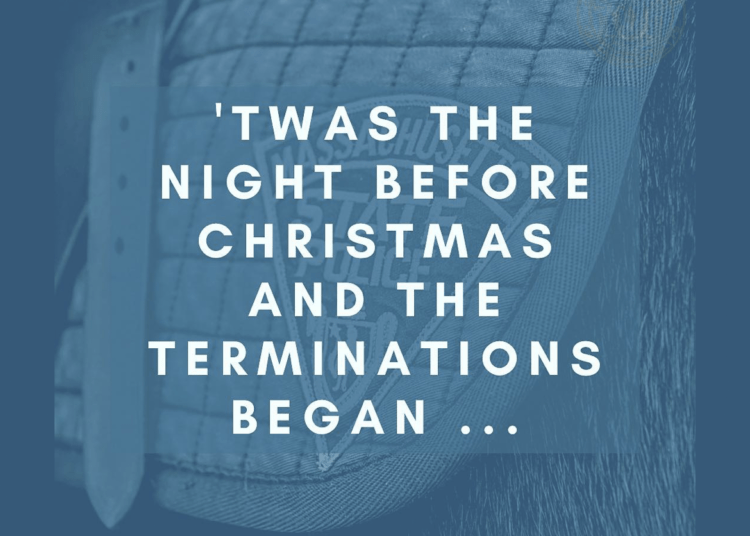 The State Police Association of Massachusetts says its first union member has been let go for not complying with Governor Charlie Baker’s vaccine mandate for employees.

The name of the employee has not yet been released but the union said that he was a trooper for three years, a Marine Corps veteran and third generation law enforcement officer.

In a Facebook post on Friday, the union said that the trooper had taught religious education for five years, was a Eucharistic minister, and had never been disciplined before the mandate. The Trooper was a volunteer for Special Olympics.

“‘Twas the night before Christmas and the terminations began,” the union wrote. “Unfortunately this is just the first of many. During a time of critically short staffing and in a world where we strive to have a well rounded, educated and wholesome Trooper, this is a loss for all of us.” 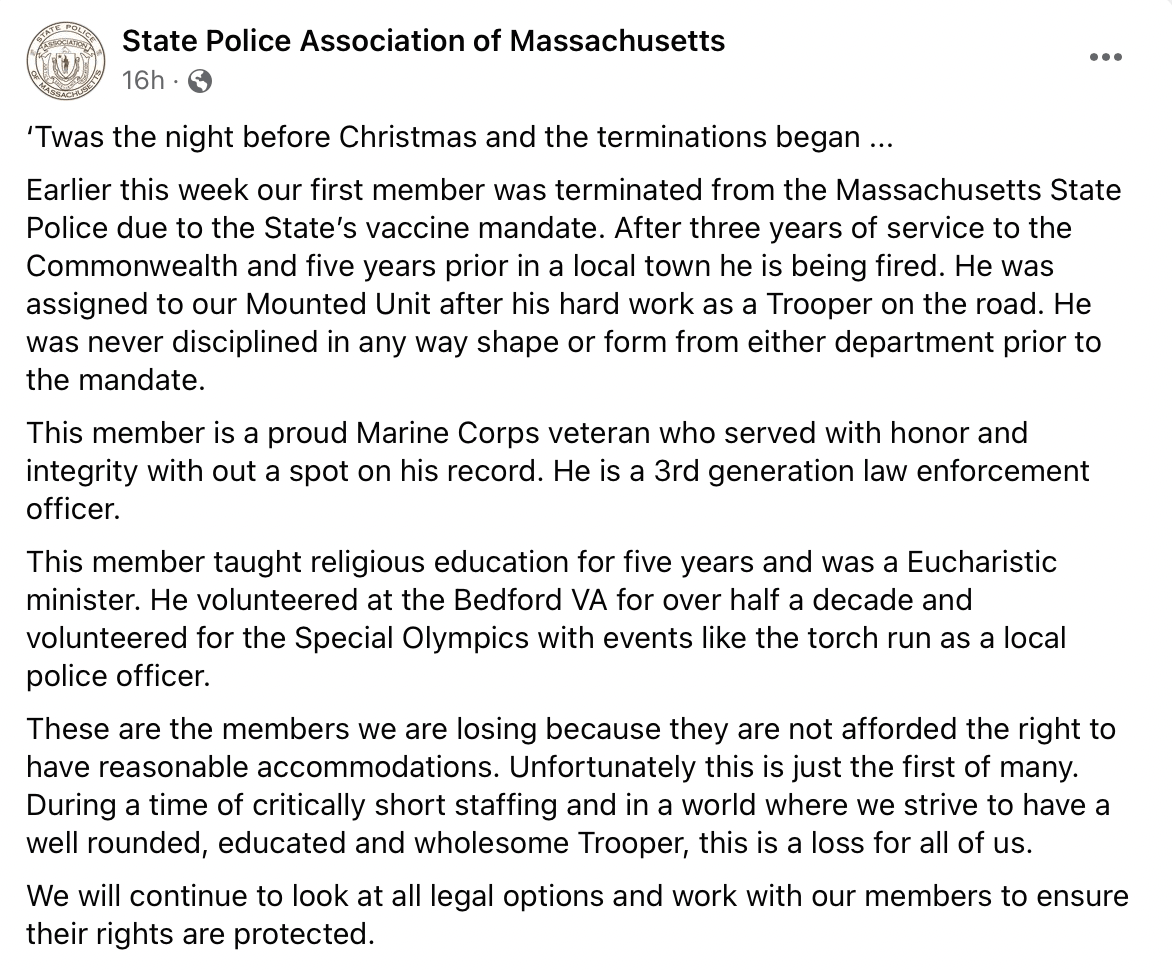 The mandate from Baker stated that 44,000 executive department employees must show proof of vaccination by October 17 or risk losing their jobs, according to CBS Boston.

“We will continue to look at all legal options and work with our members to ensure their rights are protected,” the State Police Association of Massachusetts said.

Baker has continually argued that vaccination is the best tool for keeping employees and their families safe. The Governor did not give employees the option of weekly COVID-19 testing.