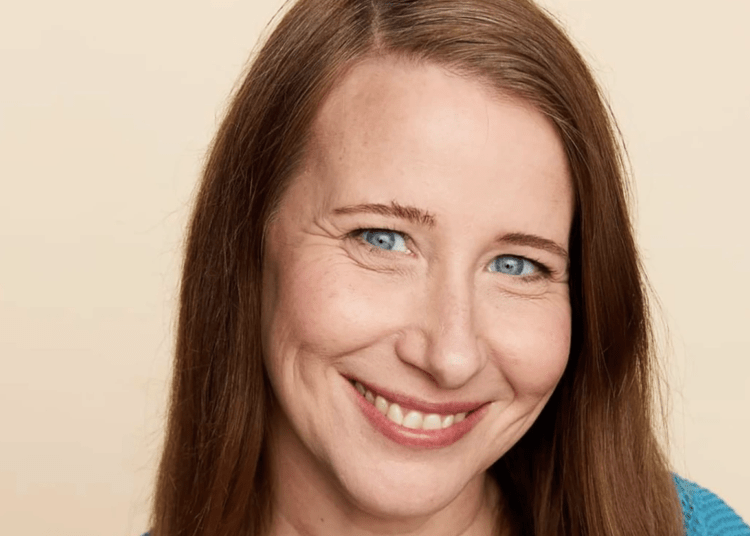 A woman who is listed as the social media director for the Democrat Party in DuPage County, Illinois has been blasted for describing the deadly Christmas parade rampage in Wisconsin as “Karma” for the acquittal of Kyle Rittenhouse.

Mary Lemanski demonstrated that she is both heartless and brainless with an online tirade by dismissing the horrific tragedy as “just self-defense.”

“It was probably just self-defense,” Lemanski wrote in a tweet that appears to have since been deleted, according to Fox News. 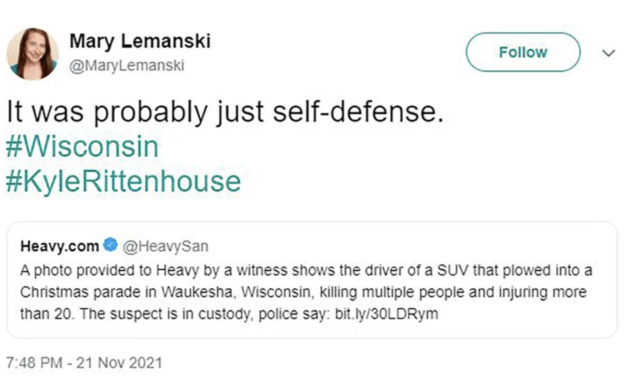 “I’m sure he didn’t want to hurt anyone. He came to help people,” she added with sarcasm dripping from her missive, the New York Post reported.

Lemanski also wrote that the Christmas parade rampage was “karma” in another tweet that appears to have since been deleted.

“I’m sad anytime anyone dies. I just believe in Karma and this came around quick on the citizens of Wisconsin,” Lemanski wrote, according to Fox News. 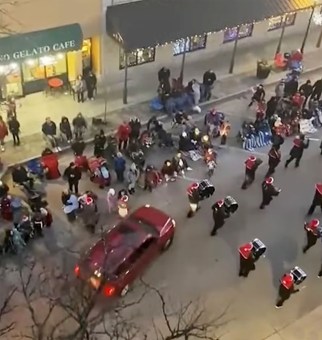 An SUV plowed into a crowd of people during a Christmas parade in Waukesha, Wisconsin on Nov. 21, 2021.

The vile woman also lists herself as an acting student with the Second City improvisational comedy group in Chicago. However, her attempt at snarky comedy is nothing but repulsive.

“You reap what you sow. It’s sad people died, but when you open the door to vigilante justice, everyone seems threatening,” she then added in a tweet that was still online Monday morning.

Lemanski was obviously mocking Rittenhouse’s self-defense claim before the 18-year-old was acquitted Friday of murder charges that stemmed from his actions at the Kenosha riots on Aug. 25, 2020.

On Monday morning, Lemanski said in a tweet: “I’m going to Hell because I already made a deal with the Devil that nobody else on Earth will go to Hell if I go. So, you’re welcome,” the Post reported.

Lemanski then posted the link to a report in The Hill about NAACP President Derrick Johnson calling the acquittal a “warning shot that vigilante justice is allowed.”

She wrote: “Oh look! I was right! NAACP president calls Rittenhouse verdict ‘a warning shot that vigilante justice is allowed.”

The Dem social media director faced a backlash over her cruel comments.

“Seriously how does it feel to completely flush your career down the toilet via tweet? Was it fun?” one user responded.

“What career. She’s yeah and will always be. The entire country will see her tweets tomorrow and she will never recover,” another said.

A third user wrote: “I hope you never know the pain of losing a child. I hope the parents of those lost today in Waukesha never know you. I feel sad for both you and them.”

The onslaught continued as yet another respondent said: “I don’t understand how you can be this hateful and glib. I was going to pray for the families of those who were killed tonight. But I will add you into my prayers as well. I think you could use some.”

Police are looking at Darrell Brooks Jr. for the mass vehicular homicide, but have stopped short of calling him a suspect. 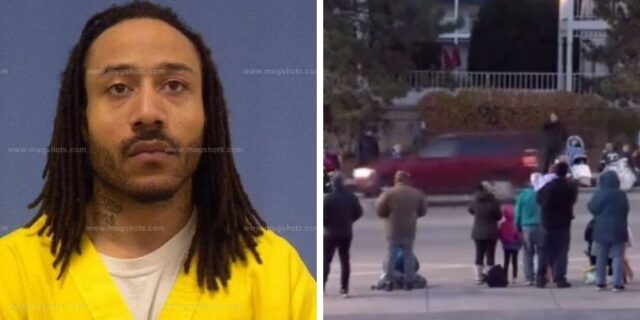 He posted $1,000 bail on November 19, 2021. At the time of posting bail, he had another open felony case in Milwaukee County. That case is for two counts of recklessly endangering safety with a weapon, and felon in possession of a firearm.

Lemanski resigned from her position as social media director of the Democratic Party of DuPage County, Illinois, on Monday morning, Anne Sommerkamp, the organization’s executive director, told Fox News in an email.

We are deeply saddened by the tragedy in Waukesha.We are aware of statements made by a former member of our organization and find them to be incredibly insensitive and not in alignment of who we are as an organization. Our organization does not support hate in any form