The Milwaukee DA admits his office screwed up 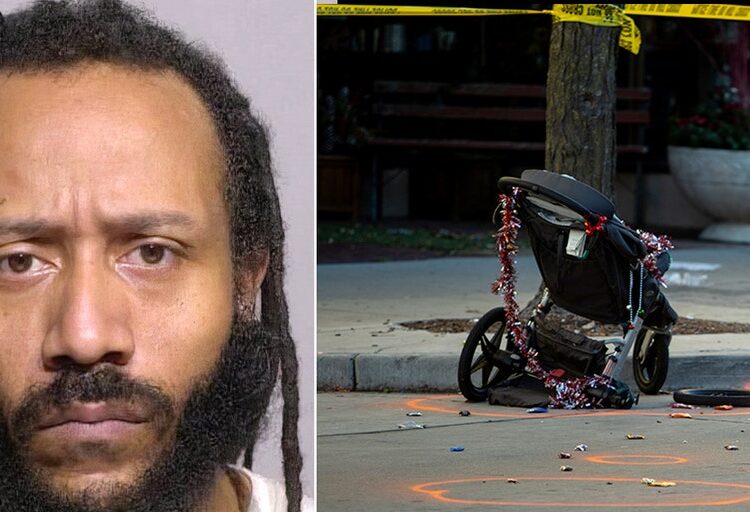 MILWAUKEE — The Milwaukee County District attorney’s office admitted Monday that Darrell Brooks, the suspect in Sunday’s mass murder at a Waukesha Christmas Parade, should not have been out on such a low bond just two days before he killed five people and injured 48. Brooks bonded out on $1,000 after he was accused of running over the mother of his child with his car.

“The most recent case against Mr. [Darrell] Brooks was appropriately charged,” the office said, noting on Nov. 5 the office charged Brooks with Second Degree Recklessly Endangering Safety, Felony Bail Jumping, Battery, Obstructing an Officer and Disorderly Conduct. “The State made a cash bail request in this case of $1,000, which was set by the court. The defendant posted $1,000 cash bail on November 11, resulting in his release from custody.” 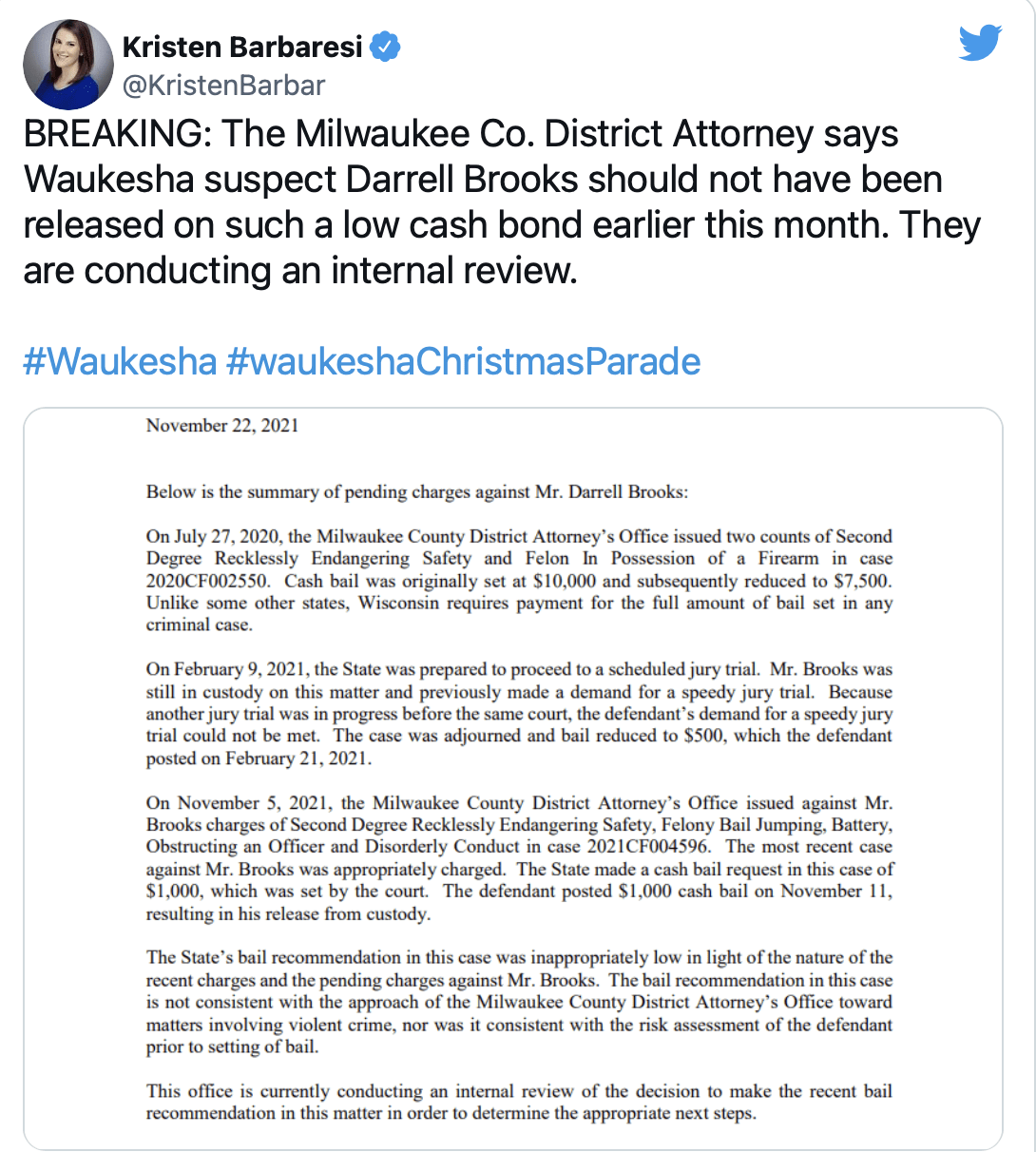 “The State’s bail recommendation in this case was inappropriately low in light of the nature of the recent charges and the pending charges against Mr. Brooks,” the letter continued. “The bail recommendation in this case is not consistent with the approach of the Milwaukee County District Attorney’s Office toward matters involving violent crime, nor was it consistent with the risk assessment of the defendant prior to setting of bail.”

The office said they are “conducting an internal review of the decision to make the recent bail recommendation in this matter in order to determine the appropriate next steps.”

Brooks has subsequently been charged with five counts of first-degree intentional homicide, Law Officer reported. In addition to five dead adults, there are six children listed in critical condition among 48 people who suffered injuries during the savage crime.