In addition to 5 dead adults, 6 children are in critical condition among 48 people who sustained injuries during the savage act 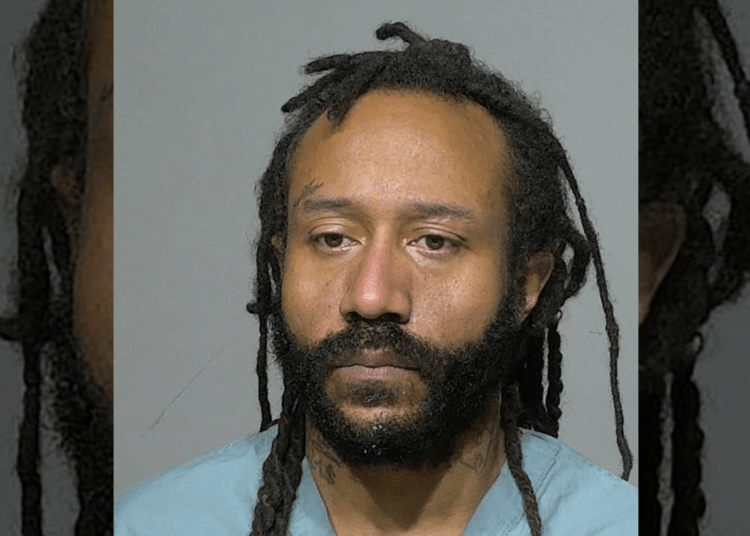 Darrell Brooks has been charged with five counts of murder after mowing over Christmas parade participants in Wisconsin. (Milwaukee County Sheriff's Office)

WAUKESHA, Wis. — A Wisconsin man who mowed over Christmas parade participants on Sunday is officially charged with five counts of first-degree intentional homicide, police said during a Monday press conference.

Speaking with emotion, Waukesha Police Chief Daniel Thompson said investigators have ruled out terrorism as a motive for the mass murder, while confirming that career criminal Darrell Brooks has now been charged, New York Post reported.

“The subject was taken into custody a short distance from the scene and we are confident he acted alone,” Thompson told reporters. “There is no evidence that this is a terrorist incident.”

Many press stories had Brooks fleeing the scene of a previous crime when he came across the parade. Chief Thompson said the suspect was involved in an unrelated “domestic incident” before to the attack but left the location prior to police arrival.

The chief also confirmed that one Waukesha officer opened fire on the suspect vehicle as it mowed over unsuspecting people marching in the parade.

The murder victims are members of the Milwaukee Dancing Grannies, the group said in a Facebook post, adding they were “devastated by this terrible tragedy.”

The chief said there are 48 individuals who suffered injuries due to the savage criminal act.

Among the injured are six children who are now in critical condition at the Children’s Hospital of Wisconsin. Moreover, three others are in serious condition, according to hospital officials.

In all, the hospital is treating 18 children between 3 and 16, including three sets of siblings, according to hospital officials.

Two days prior to the mass murder, Brooks posted $1,000 bond on a case where he is accused of running over the mother of his child with his car, Law Officer reported.

The Milwaukee County District Attorney’s Office admitted Monday that Brooks should not have been out on such a low bond.

“The most recent case against Mr. [Darrell] Brooks was appropriately charged,” the office said, noting on Nov. 5 the office charged Brooks with Second Degree Recklessly Endangering Safety, Felony Bail Jumping, Battery, Obstructing an Officer and Disorderly Conduct. “The State made a cash bail request in this case of $1,000, which was set by the court. The defendant posted $1,000 cash bail on November 11, resulting in his release from custody.”

“The State’s bail recommendation in this case was inappropriately low in light of the nature of the recent charges and the pending charges against Mr. Brooks,” the letter continued. “The bail recommendation in this case is not consistent with the approach of the Milwaukee County District Attorney’s Office toward matters involving violent crime, nor was it consistent with the risk assessment of the defendant prior to setting of bail.”

Sadly, the admission of ineptitude will not help the people murdered and maimed by Brooks. People talk about the “broken system.” Police officers can testify time and time again that what is “broken” is that we cannot keep career criminals like Brooks in custody. Regardless of new cases daily that support the “brokenness,” violent criminals are continually given dozens of chances to change their wicked ways, but don’t.

Consequently, society is routinely victimized by criminals who should be locked up, particularly at a time in American history when law enforcement officers have been severely harnessed, primarily due to intimidation and scare tactics that have created flawed laws and policies.

And now we have a horrific case like this in Waukesha that illustrates how good people are victimized when the “system” refuses to do its job and protect the vulnerable from career criminals like Brooks.

In case you’re wondering, this is Brooks criminal history, according to the State of Wisconsin Department of Justice.

It shows these arrests, many of which were dismissed.

He posted $1,000 bail (previously mentioned) on November 19, 2021. At the time of posting bail, he had another open felony case in Milwaukee County. That case is for two counts of recklessly endangering safety with a weapon, and felon in possession of a firearm.