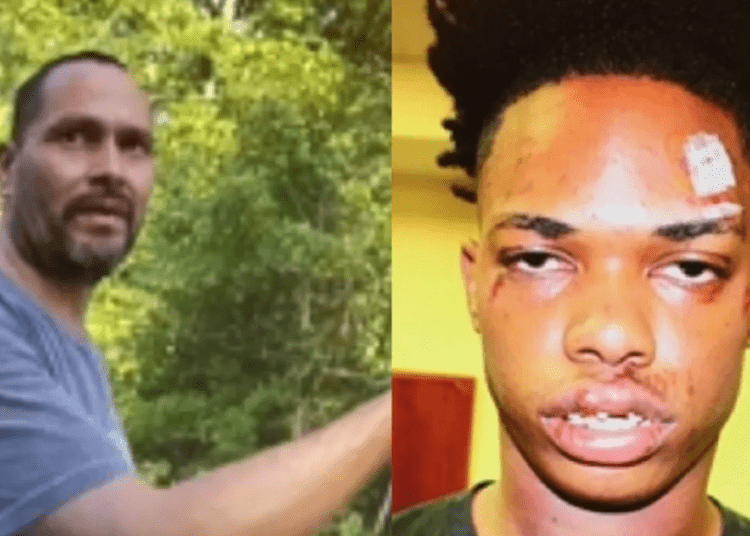 A Georgia dad is facing an aggravated assault charge after beating a 20-year-old man he found in his 14-year-old daughter’s bedroom.

Casillas beat Humphries, knocking out some of his teeth and choking him.

WAGA-TV reports that investigators were sympathetic to Casillas’ reaction and might not have charged him with anything had it not been for the father allegedly asking his wife at that point to get his gun.

After Humphries jumped out a window of the home, Casillas met him in the front yard and continued the beating, allegedly threatening the 20-year-old’s life.

Investigators said Casillas then fired shots as Humphries took off.

Police arrested the beaten man and charged him with child molestation for allegedly being in a sexual relationship with Casillas’ daughter, whom he met online through playing Xbox. Humphries had driven two hours to visit the girl at the family’s home. More charges are possible against Humphries, as the investigation continues.

Casillas’ wife started a GoFundMe account to assist with the family’s legal bills, wherein she warns, “watch your kids when gaming online.”

My husband did what anyone else would have done, we had no idea who this man was, did he just rape our daughter, was he trying to obduct (sic) our daughter, is this a home invasion, and does he have a gun in his waistband, in his car?? We had no idea who this man was or why he was in our home until he sped off down the drive way and we spoke to our daughter. Then they arrest my husband for standing his ground and protecting his family.

Share and speak up for justice, law & order...
Tags: arrestassaultGeorgiaNews