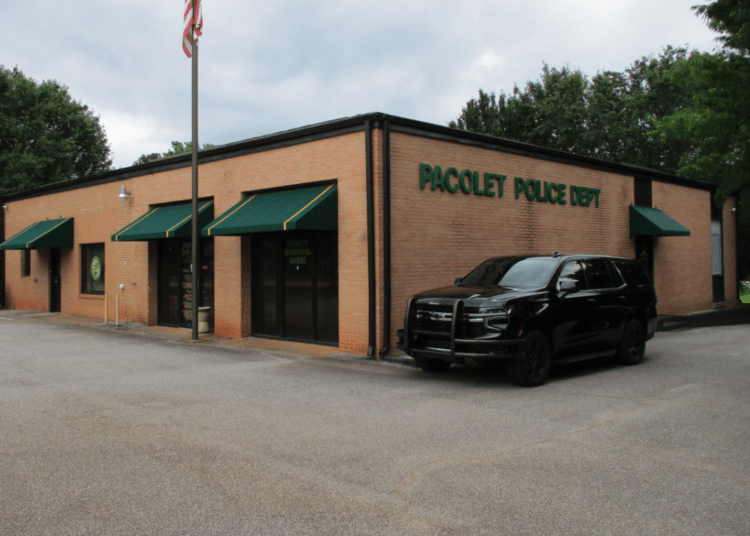 PACOLET, S.C. — A majority of the police officers in the small town of Pacolet, South Carolina have resigned after what the former chief said were conflicts with town administrators.

Five of six full time officers, and one reserve officer at the Pacolet Police Department tendered their resignations earlier this week, reported The Post and Courier.

Chief John Alexander resigned Sept. 14 as head of the department in the small town of about 2,500 on the western edge of Spartanburg County. He was joined by Lt. Daniel Gipson as well as three officers.

Town Councilman Daniel Hood told the local news outlet that a reserve officer also resigned. As a result, that left the town with only one full-time officer.

When Alexander and other officers left the police department Wednesday afternoon, a small crowd gathered to watch the somber departure. As expected, Alexander confirmed it was their final day on the job, FOX Carolina reported.

Alexander fought the emotion as he read a prepared statement.

“We listened to and work with our citizens to provide the type of protection they deserve. Unfortunately with change, we meet resistance – the resistance from leaders who know what’s right, yet are too afraid to let go of the old ways. Lieutenant Gibbs and I decided when the resistance reached a level of interfering with operations of this department…it had become impossible to provide the services that we feel the citizens of Pacolet deserve,” Alexander read.

Alexander and city council members who were present declined to comment on the source of “resistance.”

During a news conference on Thursday, Alexander said he resigned due to conflicts with town administration over how the department should operate, The Post and Courier reported.

“It hurts to see that it has come to this point over something that should have been avoided but that is not in my hands nor my place to judge,” Alexander stated in his resignation letter. “I know the road ahead for Pacolet will be rough for a while but I hope and pray that it will finally find its way and be the town it has the potential to be.”

Alexander had been in place as police chief since February 2020. During the Thursday press conference, he said he did his best to rebuild the police department and hire officers who cared about the community.

Residents who attended a Pacolet Town Council meeting Thursday voiced frustrations, even shouting after the board adjourned with no formal discussion about the future of the police department.

Mayor Camby said the Appalachian Council of Government will provide assistance in hiring an interim chief and rebuilding the police department.

Councilman Hood said the resignations were due to “differences and ideas of leadership between the police department and town administration.”

“The Town of Pacolet has notified the Spartanburg County Sheriff’s Department and we have requested assistance during this time of turbulence,” the statement read. “The Spartanburg County Sheriff’s Department has committed to understanding our time of need and will take the necessary action to provide equal coverage as they have always done in the past.”

Several residents told The Post and Courier the resignations were a sign of bad leadership. They hoped the differences between the town administration and police department would be solved, but that is not the case.