Things are going from bad to worse in Derby City 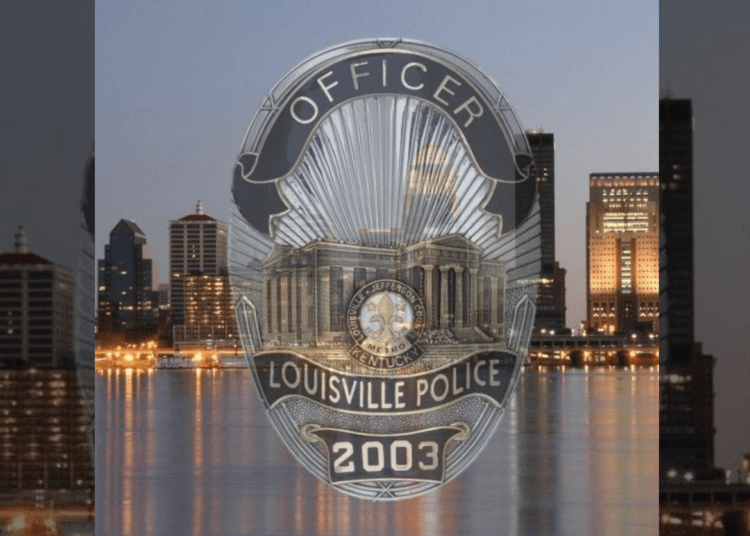 LOUISVILLE, Ky. – Several officers of the Louisville Metro Police Department called out sick Tuesday in what appears to be a “blue flu” protest.

The rebellion comes a day after the Kentucky State Fraternal Order of Police offered harsh criticism of LMPD leadership. The group publicly denounced orders given to officers clearing crowds from Jefferson Square Park on Sunday to take off their riot gear or face being immediately suspended, Law Officer reported.

LMPD spokesperson Jesse Halladay later explained the order to have officers in regular uniforms was an effort to avoid tensions with protesters, WAVE 3 News reported.

Regardless, officers view such orders with disdain and a compromise to their safety. Moreover, the directives are given by people sitting in a safe environment elsewhere.

Halladay confirmed a number of officers scheduled to work in the 3rd Division called out, with only a few later reporting to duty. The 3rd Division includes parts of PRP, Valley Station and Fairdale.

Several sources told WAVE 3 News that all but one officer called out in the 3rd Division, while officers in the department’s 4th Division called out, too.

Halladay said the department was handling calls for service as needed.

“This is a difficult time for our city – for officers and residents,” she said. “Over the past month, officers have been asked to work many extra hours, as LMPD continues its commitment to protecting people’s First Amendment right to protest, while also working to protect everyone.”

In the past couple of weeks, officers have become increasingly vocal about what they perceive as a lack of leadership by the department and Mayor Greg Fischer, saying that has endangered lives and led to the destruction of downtown businesses.

LMPD retiree George Rodman led a coalition calling on the mayor to resign, Law Officer reported. They believe his leadership has led to plummeting morale among officers amid his directives to stand down and not engage rioters.

“Mayor Fischer told the officers not to engage the rioters. Downtown looks like a war zone,” Rodman said earlier this month.

“They’re trying to make a difference. They have the same common goals as protesters – a safe and thriving city. No racism. No corruption. Transparency and true leadership,” Rodman said during public comments.

The sick calls follow a series of issues the rank-and-file officers have tried to bring to light, such as the stand-down orders.

When asked, Fischer said the main approach is de-escalation, but said that Interim Chief Robert Schroeder made the call to stand down.

In early June, LMPD personnel protested Fischer as he arrived to address officers preparing to deploy during protests. A video showed hundreds of cops walking out upon his arrival, Law Officer reported.

Fischer issued the following statement regarding the walkout:

“The men and women of LMPD are putting in long hours. They are suffering insults and assaults from people they are working to protect. They are worried for their families and this city. They are frustrated, and some of them expressed that frustration today. I absolutely respect that. That doesn’t change my appreciation of the work they are doing, as I’ve expressed time and again. They have a very difficult job. I hope our residents will embrace our police officers as guardians –I know that’s how the vast, vast majority view their role.”

The early June protest came two days after Fischer announced the firing of the city’s police chief once he learned that two officers involved in the fatal shooting of a black business owner had not activated their body cameras, Law Officer reported.

The mayor has apparently spawned a mutiny of sorts within LMPD. Stay tuned for the next development.