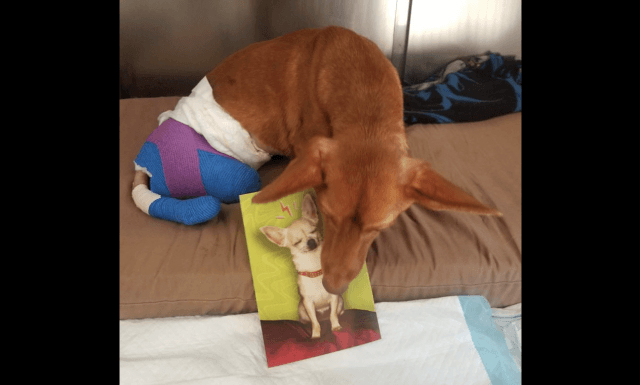 SLIDELL, La. – Three Louisiana women were arrested after a paralyzed 2-year-old dog was found abandoned in a mobile home park with his back legs “sawed off,” in what investigators have described as an act of “such horrific animal cruelty.”

“Buddy,” a small dachshund, was discovered in Slidell last week by an animal rescue group. Authorities said Buddy had been shot in February, and his owners – who reported the incident to police – didn’t obtain proper medical care for the dog.

After he was shot, Buddy’s hind legs became paralyzed and “was unable to walk,” according to a press release from the St. Tammany Parish Sheriff’s Office. As a result, Buddy ended up suffering sores on his legs from dragging them behind him.

His owners, a 50-year-old woman and her 17-year-old daughter, told investigators “the dog’s legs ‘fell off’ after they bandaged them too tight.” However, a veterinarian determined that was not true. The vet determined the injuries to the dog’s legs were actually “maliciously inflicted” and had not fallen off naturally or been medically removed by a professional. 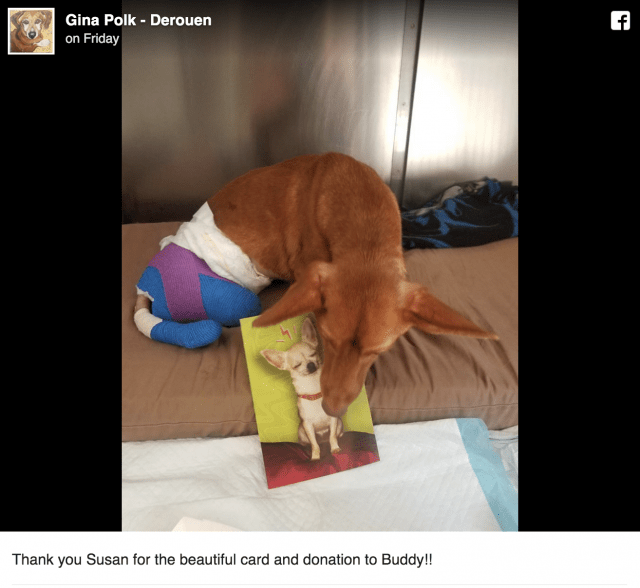 According to a Facebook fundraiser shared by Dante’s Hope animal rescue, Buddy as of last Tuesday had a “bone sticking out and infection setting in.”

“Due to blood loss he had to have a blood transfustion [sic] today in order to survive,” the fundraiser read. “His wounds were cleaned, He had an IV and urinary catheter placed and is now on IV antibiotics and pain meds until his values come up enough to survive surgery. His Xrays also show he has 2 bullets near his back.”

Buddy’s tailbone – “which is exposed after dragging his body around in his own waste” – will also have to be amputated, WWL-TV reported.

“We see so [much] neglect and abuse stuff happen, where nobody ever pays for anything,” a member of Dante’s Hope who spoke to the news station said. “Yeah, we saved the dog, but what happens to the next one they get?”

The 50-year-old woman was arrested Monday and charged with cruelty to animals and released on a summons, while her daughter was arrested for aggravated cruelty to animals and booked into a juvenile detention center. On Friday, a 17-year-old friend of the women who admitted to authorities that she abandoned the dog in the mobile home park was also arrested, but released.

“As a dog owner myself, I was completely appalled when we received a complaint of such horrific animal cruelty in our community,” Sheriff Randy Smith said in a statement. “Our investigators acted swiftly, and the parties responsible have been charged accordingly.”