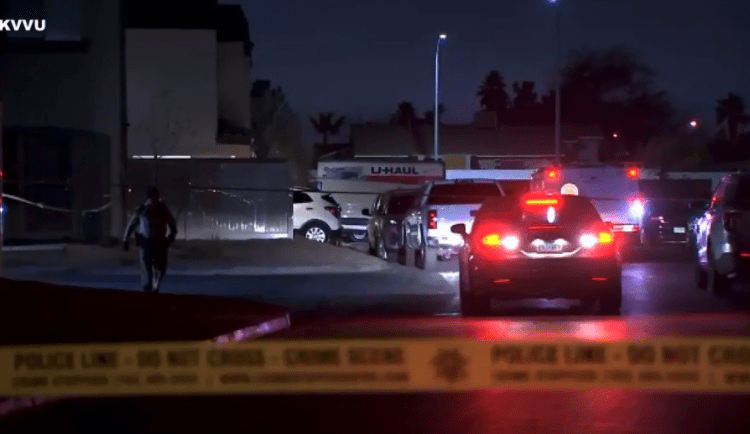 Police discovered the body of a boy in a freezer in the garage of a Las Vegas home. (Screenshot Fox 5)

LAS VEGAS – The Las Vegas Metropolitan Police Department said they found the body of a preschool-age boy in a garage freezer of a home in a northeast valley neighborhood.

The mother’s boyfriend was taken into custody and booked on the charges of murder and kidnapping, Fox 5 Las Vegas reported.

The investigation began after the mother sent a note to an elementary school, instructing another another child to give the message to a teacher, according to Lt. Ray Spencer.

In the note, the woman sought help, saying she was being held against her will and that she has not seen her son since Dec. 11, and assumed he was dead, the news outlet reported.

The information was relayed to LVMPD. Officers responded and established a surveillance at the home until they saw the couple leave about 10 a.m. Tuesday morning. Police stopped the pair for questioning and quickly discovered the sinister crimes, according to Fox.

The mother explained a cycle of abuse by her boyfriend, said she was dissuaded from asking about the missing child, and was instructed not to walk in or near the garage, police said.

Hence, homicide detectives took over the investigation. Hours later they obtained a search warrant for the residence where they discovered the boy’s body in a freezer located in the garage, Fox 5 reported.

Detectives believe the child had been dead since early December. They are calling the scene near Lamb Boulevard and Carey Avenue in the 4300 block of Saddle Brook Park Dr. a “domestic-related homicide of a child,” Fox 40 reported.

The identities of the involved individuals were not disclosed, but police said the suspect — described as a Hispanic man in his late 30s — is not the father of either children.