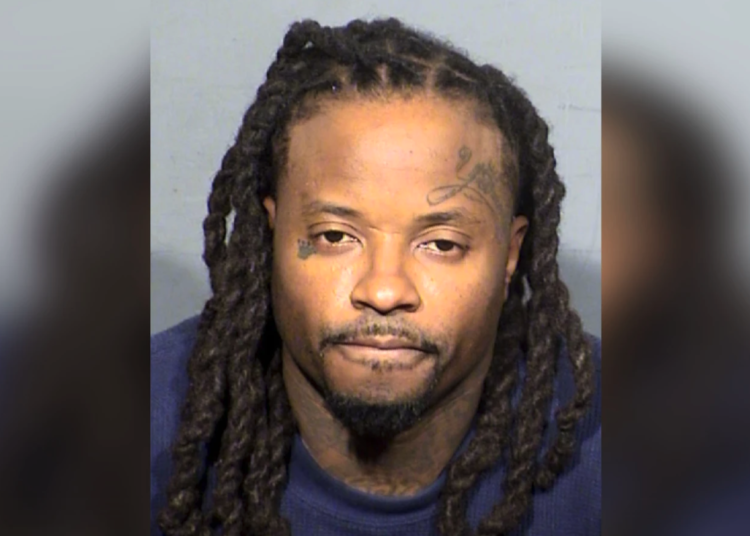 LAS VEGAS – A murder suspect has been arrested in connection with a Las Vegas hookah lounge shooting Saturday that left one victim dead and 13 others wounded, including the gunman, authorities said.

Lee Wilson was identified as the suspect in the shooting at Manny’s Glow Ultra Lounge & Restaurant. He was taken into custody Tuesday and booked at the Clark County Detention Center.

Wilson, 44, faces a slew of charges, which include one count of murder and 12 counts of attempted murder, police said, according to FOX 5 of Las Vegas.

Two other victims were listed in critical condition. It’s unclear what kind of injuries were sustained by Wilson.

The shooting reportedly originated from an altercation between at least two people at the hookah lounge exchanging gunfire. As a result, several rounds struck multiple bystanders, police said, the New York Post reported.

“We are very confident from our investigation that this was an internal feud involved by people who know each other who were at the club together,” LVMPD Lt. Ray Spencer said.

Detectives relied on security-camera footage and witness statements during the investigation to make the arrest. They also said additional arrests are expected.

“We have a variety of surveillance video that we recovered, however we did recover video from inside the business that captured the actual shooting, and that video along with witness interviews, is what made us able to locate a suspect so quickly,” Spencer added, according to FOX 5

The news outlet also noted that Wilson has a lengthy criminal background, which includes charges of attempted murder, conspiracy to commit murder, and discharging a firearm into a vehicle.