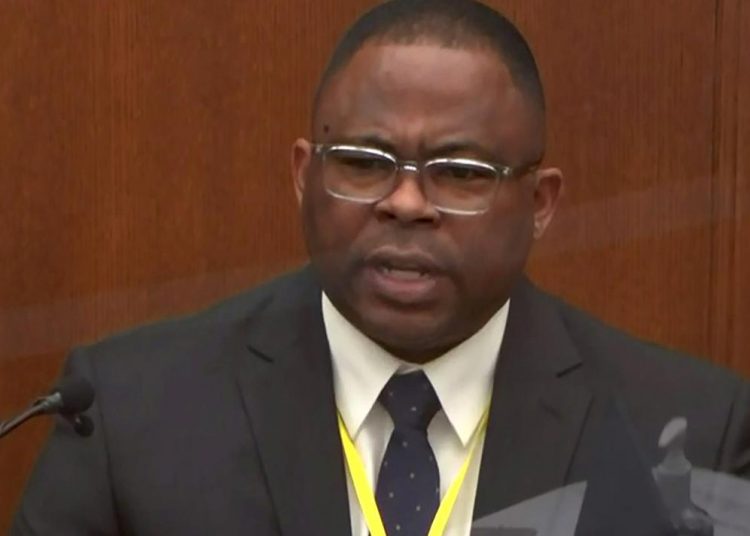 Minneapolis – We previously wrote about the questionable credentials of the prosecutor’s expert witness in use of force in the Derek Chauvin case. Our first clue that something wasn’t right was when the State never asked or vetted Los Angeles Police Sergeant Jody Stiger on the stand, a standard practice when using expert witnesses. Essentially, this is done to give the jury a foundation to why the testimony of this expert should be held to a higher standard than others.

Various experts quickly reached out to us and confirmed what we initially thought.  Something definitely wasn’t right. After Defense Attorney Eric Nelson completed his cross examination, it was all but confirmed that Stiger was far from an actual expert. In his own admission, he had only served as an expert in one case. That was a case in Los Angeles where he said he was an “investigator.” That isn’t exactly being used as an expert but rather typical law enforcement testimony.

Regardless, we found it strange that out of the hundreds of court certified law enforcement use of force experts, prosecutors would use someone that seemed so unqualified.

The testimony helped the defense so much, even non-law enforcement civilians questioned the use of Stiger. Journalist, and not exactly a defender of cops, Tim Pool, told his audience that it appeared that the prosecutor may be purposely losing the case because they are worried about the massive recruiting efforts by the Minneapolis Police Department.

Shortly after our initial article, we heard from sources inside LAPD and our suspicions were confirmed. Stiger has no online presence, which is strange for anyone that claims to be an “expert” and multiple sources told us that he is not considered an expert within LAPD and his current job is with the Inspector General’s office with the agency. Stiger is joined with several other officers and while he does “review use of force” cases, he does so only to inform the police commission of their recommendations.

According to our sources, LAPD does have use of force experts that review use of force but their opinions are sent directly to the Chief of Police.

Multiple sources tell Law Officer they are not aware that Stiger teaches, trains or does much else on the issue other than his daily job for the Inspector General.

To be clear, we don’t know much about Los Angeles Police Sergeant Jody Stiger and that is part of the issue with the declaration that he is an expert. He may teach. He may train and he may be an author of textbooks but no one seems to know, and in the expert case world, that is certainly strange.

When we asked what Stiger’s reputation is on the department, we were told that he is extremely off balanced in his ideas. One source told us that “He has a strong identity with everything black and while I don’t care about that, when that identity gets in the way with the best practices in law enforcement and officer safety, that is seen as a problem.”

Another source tells Law Officer that “he is all about the community and so much so, nothing else seems to matter. Crime, criminals and the real problems we are facing day to day will always take a backseat to him.”