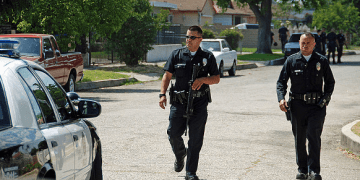 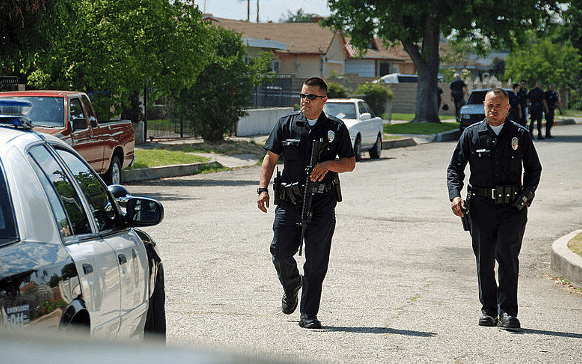 LOS ANGELES — Chief Michel Moore of the Los Angeles Police Department has told officers he hopes the city’s stay-at-home initiative designed to slow the spread of the coronavirus can be gently enforced as residents settle in for weeks of isolation.

According to the chief, most residents were following the “Safer at Home” order, which allows essential businesses to remain open and critical public functions to continue. Nevertheless, it directs most other people to remain at home and avoid gatherings, NBC News reported.

“Enforcement of it is through awareness, through education, through outreach,” Moore said in a video message and an internal memo to Los Angeles Police Department officers, which also directed the rank-and-file to begin providing security at emergency shelters for the homeless.

Especially relevant, he told officers the city is entering a new phase in its response to the pandemic. As a result, the department could begin to move officers to 12-hour shifts with fewer days off as soon as Monday.

Moore said the mobilization strategy was last used by the department more than 20-years ago and can be implemented in times of emergency.

Last week, he directed about half of the LAPD’s detectives to begin working in uniform, so there would be enough officers to handle increased crowd and traffic control calls and “high visibility patrols.”

Multiple law enforcement sources told NBC News that senior LAPD officials have grave concerns about coronavirus infections spreading among officers, who would then have to be isolated and removed from work while the officers are tested or treated.

According to the report, the department has a senior member of the command staff and a sergeant assigned to the Pacific Area station near Venice who have tested positive. Both were expected to recover, Moore said this week.

Moreover, an officer assigned to the Central Division near skid row has tested positive, the department confirmed Saturday. The workspaces at Central, as well as those at the 77th Division and the Mission Street station, were cleaned and disinfected.

Moore said pairs of officers had begun to provide around-the-clock security at about a dozen of the emergency shelters, which are designed to house asymptomatic people, most of whom are experiencing homelessness.

Mayor Eric Garcetti said the city would open 42 such shelters within weeks that could accommodate up to 6,000 people. The security needs at the shelters are a significant factor in the LAPD’s move to put officers on longer, more frequent, shifts.

The coronavirus pandemic is handicapping and taking law enforcement agencies hostage as never before. Detroit Police Department reported Friday the necessity to quarantine 152 officers after five of their personnel tested positive for COVID-19. On the same day NYPD reported 35 officers had tested positive for the virus. These numbers are expected to increase, which is why chiefs and sheriffs all over the nation are concerned about staffing levels that are incrementally taking a hit.