'Our deputies did everything they could to quickly rescue this child safely from a madman and apprehend the suspect,' sheriff says 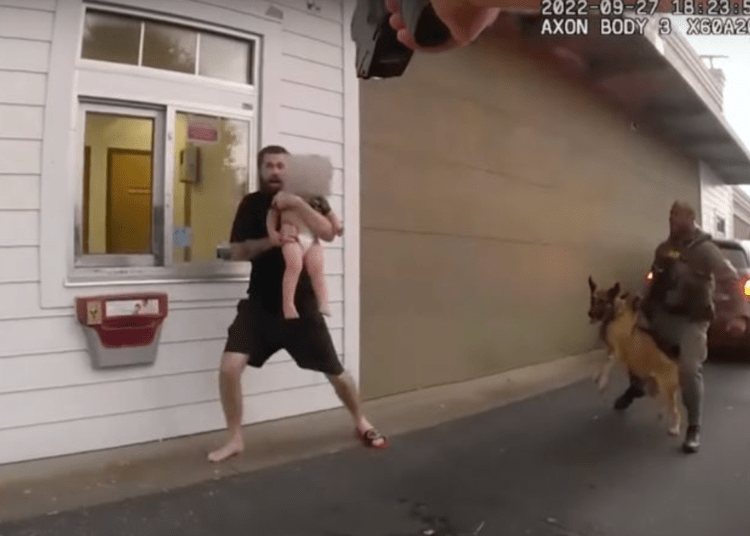 Brandon Matthew Douglas Leohner used a toddler as a shield before getting tased and arrested. (Twitter)

FLAGLER COUNTY, Fla. – A Florida kidnapping suspect used a baby as a human shield last Tuesday during a standoff with deputies in the drive through of a McDonald’s, according to reports.

The suspect was identified as Brandon Matthew Douglas Leohner, 27, of Palm Coast, Florida. He used the 1-year-old child of his girlfriend during a brief standoff with law enforcement authorities. Deputies tased the man and were able to safely recover the toddler from his grasp, Breaking 911 reported.

Flagler County Sheriff’s Office initially responded to a complainant saying Leohner snatched the baby while armed with a handgun, and then drove away with the child on his lap.

Deputies located the suspect as he was speeding through Belle Terre Parkway before fleeing onto State Road 100.

During the chase Leohner reportedly drove across medians and into oncoming traffic at a high rate of speed.

Finally, he led law enforcement authorities to a local McDonald’s where he exited the vehicle, the Post Millennial reported.

That’s when he could be seen holding the toddler like a shield during the standoff, as deputies issued commands to put the baby down.

Once the Taser current ended, Leohner tried to flee. With the assistance of a second tasing and a law enforcement K9, the deputies gained control of the suspect and took him into custody.

Following his arrest Leohner was treated for his injuries and subsequently booked at Sheriff Perry Hall Inmate Detention Facility.

He’s been charged with “kidnapping, using a minor as a shield, resisting with violence, child neglect, fleeing and eluding and reckless driving,” according to Breaking 911.

“Here is a case of a domestic situation turning violent, putting a 1-year-old child and innocent drivers in danger,” Flagler County Sheriff Rick Staly said. “Deputies were confronted with a very chaotic situation and a very combative individual that was putting his child at risk by using the child as a shield. Our deputies did everything they could to quickly rescue this child safely from a madman and apprehend the suspect. Fortunately, the child was not hurt and was quickly reunited with his mother.”