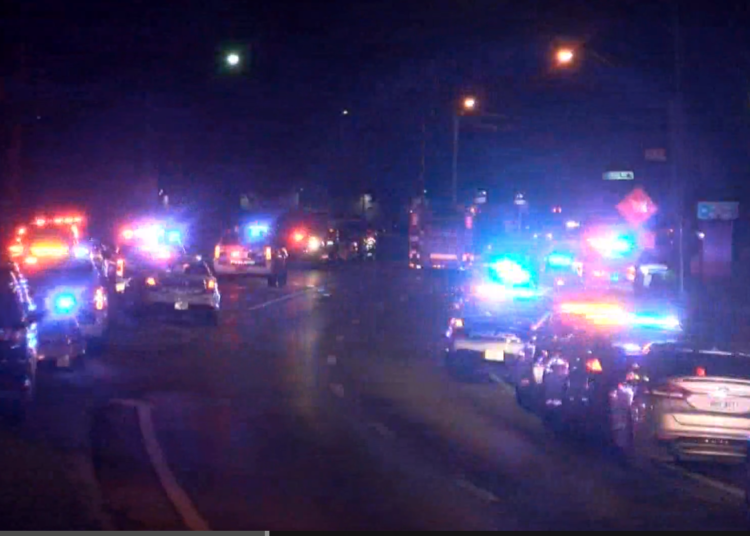 A Kentucky officer was wounded and a suspect was killed during a gun battle Thursday evening. (Screenshot WTOP)

LEXINGTON, Ky. — A suspect who fired at officers, wounding one, was fatally shot as police returned fire while answering a call at a Kentucky hotel, according to a press statement issued by the Lexington Police Department.

Officers responded late Thursday to the Extended Stay America at 3575 Tates Creek Road in Lexington and tried to make contact with a suspect, a police statement said. The suspect discharged a weapon at police and one officer was wounded and subsequently rushed to a nearby hospital, police said.

A Lexington Police officer has been shot while responding to a call in the 3500 block of Tates Creek Road. The officer was transported to the hospital and is in stable condition. This is an active investigation, expect a heavy police presence in the area. pic.twitter.com/UNrtUDjue6

The injured officer is listed in stable condition and expected to survive, WTOP reported.

Officers returned fire, striking the suspect. The critically wounded individual was taken to a hospital, but did not survive, according to police.

Authorities did not identify the suspect or immediately provide additional details regarding the initial call for service and subsequent gun battle.

The investigation of the officer-involved shooting is being conducted by the Kentucky State Police.

The shooting occurred on the same night that two Georgia deputies were killed while serving a warrant in a suburb near Atlanta, Law Officer reported.  Cobb County Sheriff Craig D. Owens called it an “ambush shooting.” Two suspects were taken into custody.