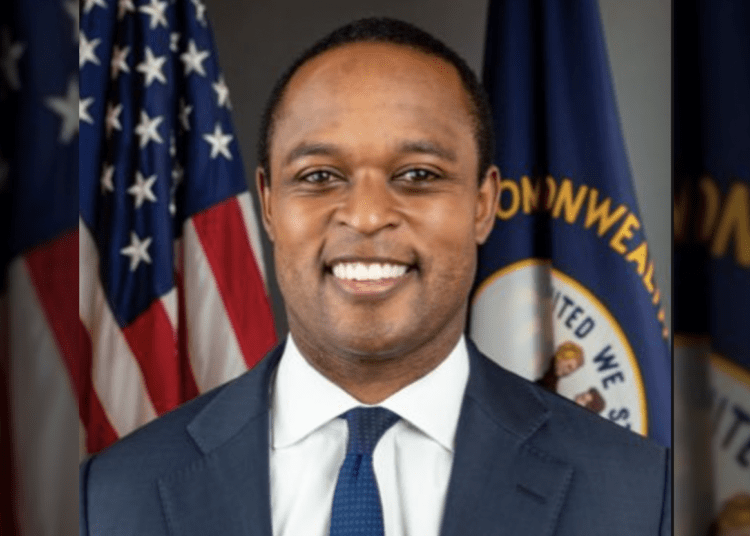 KENTUCKY — Kentucky Attorney General Daniel Cameron warned people in the state not to listen to celebrities and influencers upset by a grand jury’s decision to bring no murder charges against Louisville police officers for the death of Breonna Taylor.

On Wednesday, fired Officer Brett Hankison was indicted on three counts of wanton endangerment in the first degree. He was one of three police officers involved in the Louisville narcotic raid that led to Taylor’s death in March. That incident, along with the custodial death of George Floyd in Minneapolis helped spark the widespread protests against police practices and perceptions of racism happening throughout the U.S.

Shortly after news of the indictment broke, Cameron held a press conference in which he tried to mitigate the emotions that the nation is feeling as many deride the decision as a lack of justice, FOX News reported.

“There will be celebrities, influencers and activists who having never lived in Kentucky will try to tell us how to feel, suggesting they understand the facts of this case, that they know our community and the Commonwealth better than we do, but they don’t,” Cameron said, according to The Hollywood Reporter.

Shortly after the announcement came from the grand jury, several celebrities and professional athletes took to social media to voice their outrage over the decision. Most of their comments are ignorant and void of facts. Therefore, Law Officer isn’t going to re-reprint them.

Fortunately, no charges were immediately announced against the two other officers involved in the raid, Myles Cosgrove and Sgt. Johnathan Mattingly, who was shot in the leg by Kenneth Walker, Taylor’s boyfriend, and underwent surgery.

Cameron actually defended Cosgrove and Mattingly, saying they were first shot at by Walker before returning fire.

“Our investigation found that Mattingly and Cosgrove were justified in their use of force after having been fired on by Kenneth Walker,” he said.

“The decision before my office as the special prosecutor, in this case, was not to decide if the loss of Ms. Taylor’s life was a tragedy. The answer to that is unequivocally ‘yes,’” Cameron said. “I understand that Breonna Taylor’s death is part of a national story, but the facts and evidence in this case are different than others…

On another note, we haven’t heard anyone from the celebrity crowd complain that Walker wasn’t prosecuted for shooting at officers and wounding Mattingly, particularly since we’ve learned that police provided “knock-notice,” a fact confirmed by Cameron on Wednesday.