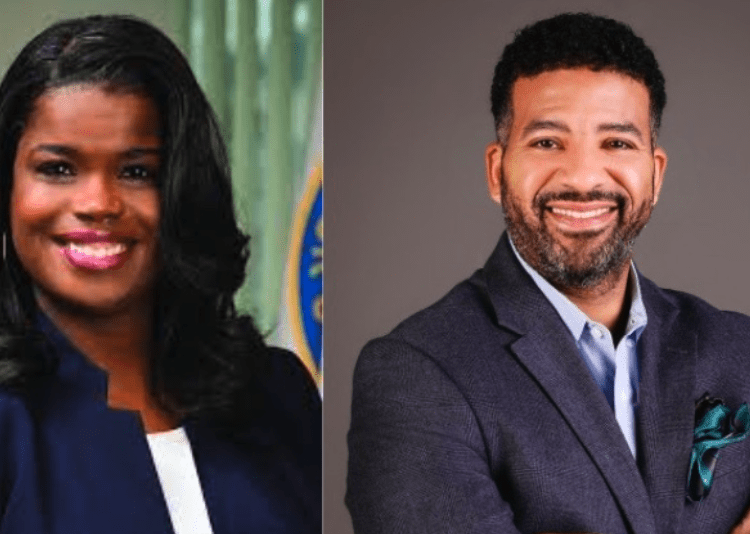 Kelley Foxx, 49, the husband of the State’s Attorney, said his wife Kim became physical and slapped him during a confrontation, according to a police report.

Kim Foxx, 50, denied hitting her husband when questioned by responding officers. However, she told police that she only put her hands on him in an effort to get him out of the house, CBS Chicago reported.

The news outlet obtained a Flossmoor police report, which documented the incident. According to the report, Kelley Foxx called police to their home in the south Chicago suburb shortly after 10 p.m. last Saturday, June 4.

Prior to police arriving on scene, a dispatcher told officers the incident was physical, but there were no injuries “yet,” the report said, according to CBS.

When officers arrived at the residence, both Kelley and Kim Foxx were standing on the front step of the home, the report said. Kelley Foxx told the officers that his wife became angry regarding something he did that was posted on Facebook. During an argument, she “asked him to leave and he refused.”

He told officers that his wife then “became physical,” and said she blocked him from leaving a bathroom and had grabbed his collar, the report said.

Kelley Foxx also claimed that his wife had slapped him. An officer asked him specifically where he was struck. He said, “left cheek,” the police report said. An officer reported using a flashlight to examine Kelley Foxx, and did not find any redness, swelling, or other indicators that he had been struck, the report said.

The officer reported telling Kelley Foxx that there were no apparent marks on him, and Kelley Foxx replied that he just wanted to be left alone, the report said.

Meanwhile, a sergeant talked with Kim Foxx, who said she and her husband had a quarrel and she wanted him to leave, the report said. The sergeant then walked over to Kelley Foxx and the other officer, and Kelley Foxx repeated that he just “want(ed) it to stop,” and said, “She can’t come in my personal space and put her hands on me,” the report said.

Afterward, Kim Foxx said she did put her hands on her husband, but said it was “only to help guide him out of the house” and she said she never slapped him, the report said.

The officer asked Kim Foxx if she felt safe in the home, to which she replied, “I mean, he’s not crazy,” the report said.

No one was arrested, and neither Kim nor Kelley Foxx chose to leave the house for the night, the report said.

CBS Chicago was rebuffed in their attempt to gain access to police bodycam video via a Freedom of Information Act (FOIA) request.

On Friday evening, Kim and Kelley Foxx released a statement:

“This is a personal family matter, and we ask that you provide our family with respect and privacy.”

Kelley Foxx is a “public policy manager” for Instacart, according to Linkedin. He joined the company in May 2020, South Cook News reported.

Kelley Foxx spent two decades in insurance sales before moving over to government relations positions in 2018. He previously worked for Bird and World Business Chicago.