Steven L. Hanks has been arrested in the cold case homicide of Mary Robin Walter. 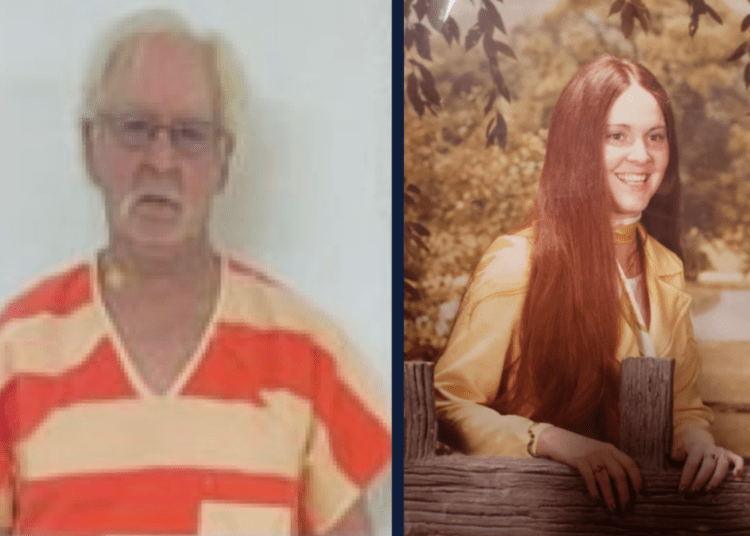 BARTON COUNTY, Kan. – Law enforcement authorities in Kansas say they’ve solved a decades old cold case homicide. Mary Robin Walter was just 23 years old when she was murdered at her home in Great Bend, Kansas. Now, nearly 43 years later, police have arrested a suspect who is accused of the slaying.

“At 42 years and 10 months, we believe this is the oldest homicide arrest in the state of Kansas,” Barton County Sheriff Brian Bellendir said at a press conference on Friday, KSNW reported.

Walter was discovered dead on Jan. 24, 1980. She was shot and killed at Nelson Trailer Park, ten years before the county had 911. The site, which no longer exists, is adjacent to the Great Bend Municipal Airport, according to the news outlet.

Steven L. Hanks, 68, was always a focal point in the murder investigation of Walter, a wife, mother, and nursing student, who was shot and killed at her residence, authorities said. Yet he was never charged. Bellendir believes that prosecutors reviewing the case at the time probably thought they lacked evidence to pursue a successful prosecution.

Nevertheless, after the case was recently reopened and further investigation was conducted, that has apparently changed, according to Law&Crime.

“After taking a fresh look at the case, it became evident that some information had been initially overlooked and some had been added at a later date,” Bellendir said during an interview with The Wichita Eagle. “This was unknown to the original investigators.”

Walter’s murder investigation went cold despite a substantial amount of information collected, according to authorities. The case had been reviewed by various detectives over the decades, since at least 1982, Bellendir said – the year he joined the department.

The sheriff said in April of this year the homicide case was formally reopened by Det. Sgt. Adam Hales. Once the investigation was rolling, the sheriff’s office assigned multiple deputies to conduct interviews throughout the country – extending as far away as the Pacific Northwest.

Ironically, it was Hale’s COVID-19 illnes that led to the case being reopened, according to KWCH. While recovering from coronavirus, he sat down with the case, Bellendir told the news outlet. As a result, the two conferred and the investigation developed from there.

Moreover, new evidence was discovered two months ago that led to Hanks’ arrest on Thursday by the Kansas Bureau of Investigation, Law&Crime reported.

“In October this year, new evidence was obtained that allowed the sheriff’s office to submit the case to the Barton County Attorney, Mr. Levi Morris, for review,” Bellendir said. “After approximately four weeks of review, Mr. Morris obtained an arrest warrant for murder in the second degree.”

Although the case developed and Hanks was taken into custody, authorities have not disclosed what led them to arrest and charge the suspected killer from Burden, Kansas.

“Whether it’s the old evidence or the new evidence, we’ll just save that for court,” Morris said in comments reported by The Wichita Eagle. “And we’re not going to make any comment on what it is at this time.”

The sheriff credited the tenacity of his investigators with solving the crime.

“I’m proud of my officers for clearing this case. Hopefully, it brings closure for the family and brings justice for the community,” Bellendir said. “These are long, complicated investigations and are tedious. The credit here goes to my people.”

She said she forgave him (the suspect) a while ago and feels no different today. She also said that everyone who would have received comfort is, unfortunately, dead.

“Robin was truly beautiful inside and out,” Schrag continued. “This world was robbed of her presence, and we will never know how that has shaped our lives. [Friday’s] news is bittersweet. Many of those who knew Robin are gone. Her parents, husband and a sister will not get to share in our collective relief that Robin’s case will have a conclusion.”