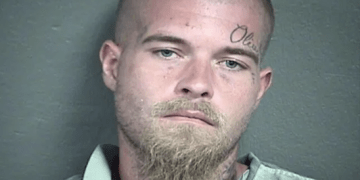 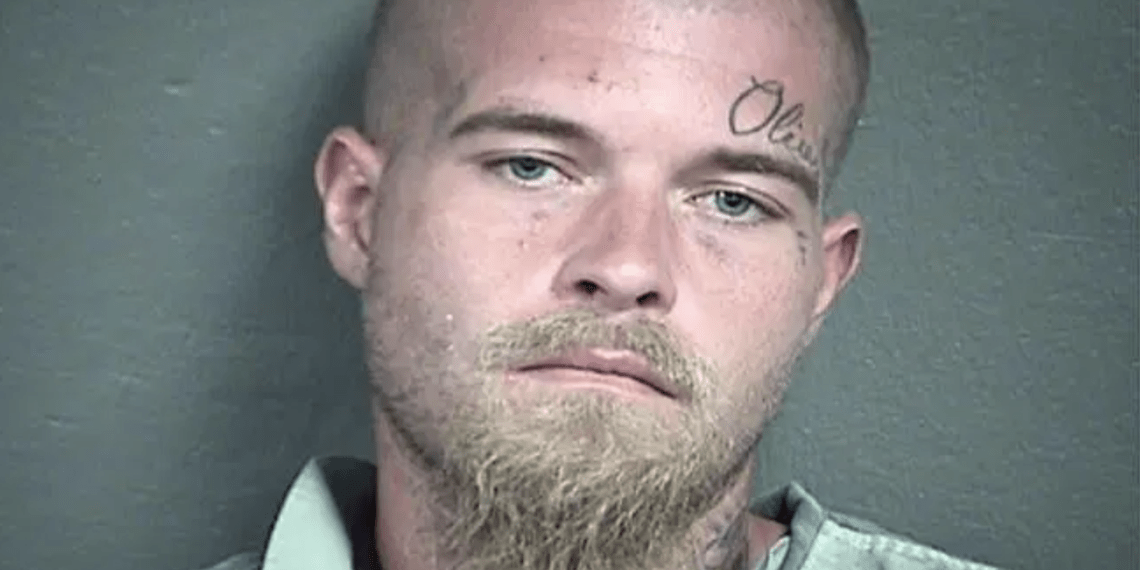 Howard Jansen III, 29, has been arrested in connection with the death of his daughter, authorities say. (Booking photo via Fox 4)

KANSAS CITY, Kan. — A 29-year-old Kansas man who reported his 3-year-old daughter missing Friday was arrested hours later and jailed in connection with her death, according to reports.

Acting on a tip, police located the body of Olivia Jansen near a trail not far from Interstate 635 in Kansas City, Kan., according to FOX 4.

A booking photo of the father released by authorities shows him with the name “Olivia” tattooed over his left eye.

Law enforcement authorities did not provide a suspected cause of death.

Earlier in the day, the girl’s father, identified as Howard Jansen III, walked into a Kansas City, Kan., police station to report the child missing, the report said.

Police had issued an Amber Alert after the child was reported missing.

BREAKING: The body of 3-year-old Olivia Jansen has been found buried in a wooded area near 34th and Steele in KCK. Police say her father’s story did not add up but stopped short of calling him a suspect. #KCK #AmberAlert #Child #Homicide #KansasCityKansas @fox4kc ^Shannon OBrien pic.twitter.com/Cx0k9z7WCT

Jansen claimed he had last seen the little girl at 11 p.m. Thursday before he went to sleep. When he awoke at 5:30 a.m. Friday, he said she was gone, FOX 4 reported.

The suspect claimed he found the door to the house open.

The father made the report to police about three hours after the time he claimed he realized the child was missing, the report said.

Police later heard “several stories throughout the day” from the father and “none of them made any sense,” police spokesman Tom Tomasic told the station.

Jansen was arrested and booked on suspicion of child abuse and first-degree murder. Formal charges have not yet been filed by the prosecutor’s office, FOX 4 reported. He is also being held on an undisclosed warrant that originated from Kansas City, Kansas.

The girl’s mother was not at home because she is currently incarcerated on an unspecified charge, Kansas City, Kan., police spokesman Officer Dustin Dierenfeldt told the Kansas City Star.

Investigators from the FBI participated in the search for the child, the Star reported.

A second arrest was reported Saturday in the death of a 3-year-old Kansas girl whose disappearance triggered an Amber Alert.

Jacqulyn Kirkpatrick, 33, has been booked on murder and child abuse charges in the death of the little girl, Olivia Jansen, in Kansas City, Kansas, according to reports.

Kirkpatrick was the girlfriend of Olivia’s 29-year-old father Howard Jansen III, who was arrested Friday in his daughter’s death, Fox 4 Kansas City reported.

Jansen was booked on the same charges as Kirkpatrick.