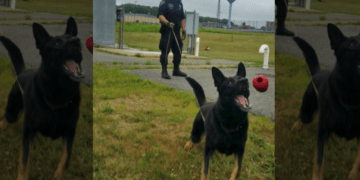 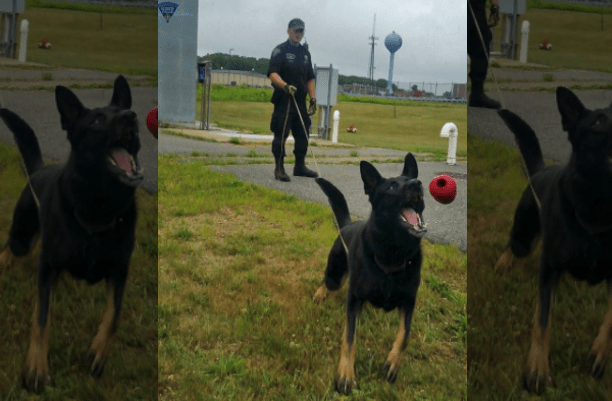 Trooper Matt Baird learned around 1:45 a.m. on Saturday that law enforcement in Palmer were searching for two girls, ages 13 and 14, who went missing around 11 p.m., according to a statement from state police.

After receiving an object with the girls’ scents on it, Baird deployed his partner, K9 Caber, behind the family’s house, the statement said.

Family members were unsuccessful looking for the girls after several attempts searching the terrain, which made tracking more challenging for K9 Caber, masslive.com reported.

“Caber pulled around the house to the street, working northward,” state police said. “After getting no results, Trooper Baird and Caber turned and worked back on the street in a southward direction.”

The dog ventured across the street to a small cliff when a possum ran in front of him. Caber, ignoring the wild animal, moved onto a trail, according to state police.

As the trooper and the K9 continued onto a second trail, Caber began to show “increased intensity,” authorities said. The dog eventually pulled through “thick mountain laurel and displayed a proximity alert,” according to police.

“A few feet later, Trooper Baird saw the two girls just ahead, crouched beside a tree,” state police said. “The searchers walked the girls out of the woods and returned them to their home.”

There were no further details provided regarding the missing girls.