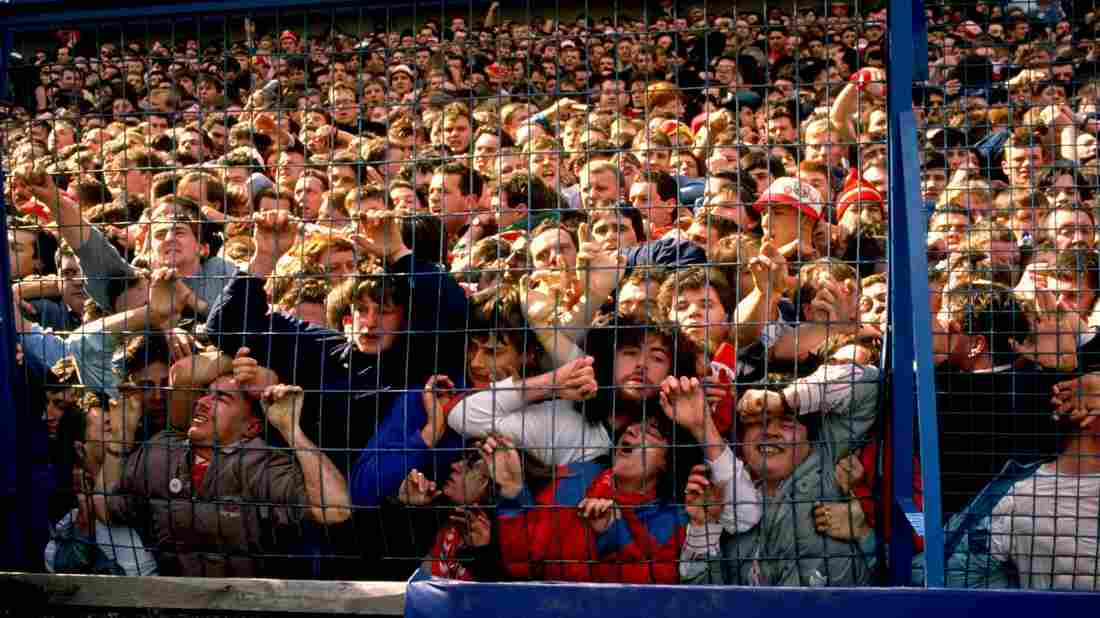 The families of 96 Liverpool soccer fans who were crushed to death at a crowded stadium in 1989 declared they had finally won justice Tuesday after a jury found that police and emergency services were to blame for Britain’s worst sports disaster.

The jury exonerated the behavior of the crowd, saying it did not contribute to the tragedy at Hillsborough Stadium in Sheffield, England, and that the victims were “unlawfully killed.”

Relatives who had waged a tireless campaign to protect the reputation of their loved ones leapt to their feet outside a specially built courtroom, cheering and weeping, when the verdicts were announced. They chanted, “Justice for the 96!” and sang the Liverpool soccer club’s anthem, “You’ll Never Walk Alone.”

The original inquest recorded verdicts of accidental death, something the families of the victims refused to accept. Those verdicts were overturned in 2012 after a far-reaching inquiry into the disaster that examined previously secret documents and exposed the wrongdoing and mistakes by police.

Hooliganism was rife in English soccer throughout the 1980s, and there were immediate attempts to assign blame on the Liverpool fans and defend the policing operation. A false narrative that blamed drunken, ticketless and rowdy Liverpool fans was created by police and spread by a lawmaker in Sheffield.

“The disgrace is that we’ve been faced by police slander upon slander, insult upon insult,” said Hillsborough campaigner Trevor Hicks, who lost two daughters in the crush. “Now, truth has won out.”

The Hillsborough tragedy unfolded on April 15, 1989, when more than 2,000 Liverpool fans were allowed to flood into a standing-room section behind a goal with the 54,000-capacity stadium already nearly full for the match against Nottingham Forest.

The victims were smashed against metal anti-riot fences or trampled underfoot, and many suffocated. A police officer ran onto the field and asked the referee to halt the game, which was abandoned after six minutes. Fans and rescue workers ripped up advertising boards and used them as makeshift stretchers as police and first-aid workers treated victims on the field.

David Duckenfield, who was then the South Yorkshire police chief superintendent in charge of policing the game, testified at the inquests that he told a “terrible lie” by saying fans had rushed through gates into the stadium, rather than admitting to authorizing the gates to be opened.

The jury found Duckenfield was in breach of his duty of care to fans and that his actions amounted to “gross negligence.” It concluded unanimously that police-planning errors “caused or contributed” to the situation that led to the crush, and it confirmed the behavior of fans did not cause or contribute to the tragedy.

Jurors also criticized the actions of the emergency services at the game, saying there was a “lack of coordination, command and control which delayed or prevented appropriate responses.”

They also found that the construction and layout of the stadium was dangerous and contributed to the disaster. The Sheffield Wednesday soccer club, which owns Hillsborough, should have done more to detect unsafe or unsatisfactory features of the venue, the jury said.