Judge in George Floyd case rules the trial will be livestreamed 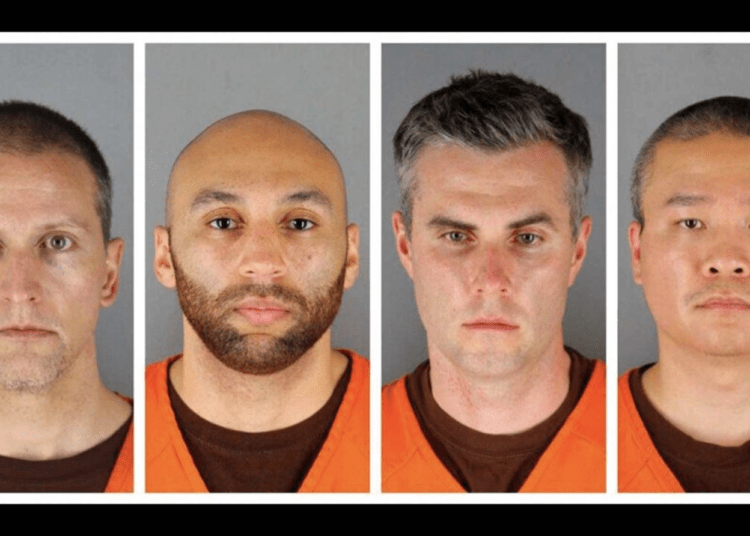 Protests broke out in Minneapolis this week as a social media rumor spread that Hennepin County District Court Judge Peter Cahill was going to rule on the defense motion to dismiss the case against the four officers charged in the death of George Floyd.

That motion was not ruled on but the judge did uphold his decision to livestream the trial against the four former Minneapolis police officers charged in the death of George Floyd.

Fox News reported that in a ruling issued Friday, Cahill cited the immense global interest in the case and limited courthouse space amid the “unique and unprecedented situation” brought by the coronavirus pandemic.

The trial is scheduled for March 2021.

Cahill dismissed concerns by state prosecutors, who argued in a motion that recording audio and visuals of the trial would violate court rules and scare away potential witnesses.

Attorney General Keith Ellison’s office, which is leading the prosecution, asked that Cahill rescind his previous ruling or consider narrowing the scope of outside access.

In a motion filed by a coalition of media organizations, including Fox/UTV Holdings, LLC, which owns the station Fox 9 Minneapolis-St. Paul, requested camera access to the courtroom, arguing that televising the high-profile trial would increase transparency and better guarantee Sixth and First Amendment protections, especially during pandemic-era social distancing requirements.

On Friday, Cahill declined to modify his original ruling.

Last month, Cahill also ruled that all four officers will be tried in the same proceeding, as well as rejected a request from defense attorneys to have the trial moved to another area of the state.

As you are aware, Law Officer has covered this incident extensively and despite it being the most reported police story of our generation, we published facts that few others would.

We told you early on that the neck restraint used against Floyd was an approved department technique.

We also told you that the autopsy found no trauma and no asphyxiation on Floyd’s body.

We told you that the actions by the officers fell right in line with a training protocol issued to Minneapolis officers in regard to excited delirium.

And we discussed many other aspects of this case that should cause concern. Like the fact that the city refused to release the body camera footage and wasn’t seen until it was leaked by a foreign press company.

So if you have to ask why Attorney General Keith Ellison has fought to prevent you seeing this trial, look no further than the facts that the prosecution and the mainstream media has kept from you.

All of it and more will be presented at trial. You should watch because what you see should make you angry and you may be surprised who you will be angry at.