Sergeant John Harris leaves behind a wife and four children 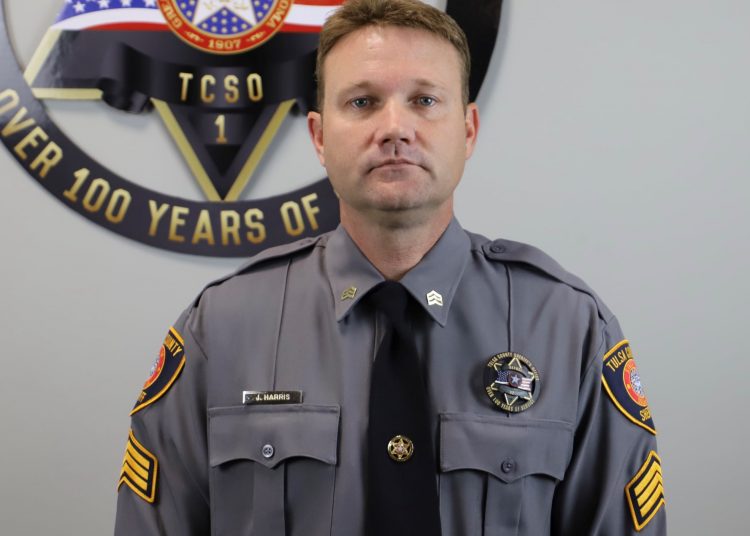 TULSA, Okla. — Tulsa County Sheriff’s Sergeant John Harris has died after contracting COVID-19 on duty according to a statement released by the agency. Harris was hospitalized in late July and died on Thursday.

Sgt. Harris joined the Tulsa County Sheriff’s Office in 2009. At the time of his death, he was the sergeant over the Officer Assistance Program, which he helped to establish.

Harris also served as the Fair Commander, as well as the assistant team leader of their Special Response Team. In 2019 he earned TCSO’s “Life Saving Award” for saving the life of a baby girl that had fallen from a moving vehicle.

Harris leaves behind a wife and four children.

The agency has announced the following link for donations to the family.