It’s Time For Us All To Take Responsibility 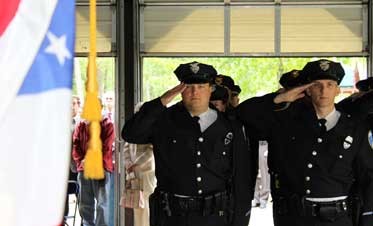 Every police encounter with the public has one thing in common.  There are at least two people involved.  The officer and the person being approached.  Each has a responsibility to act rationally and within the law.  Each plays a part in the way the interaction goes.

The vast majority of officer involved shootings occur when the officer feels his/her life is in danger.

In most cases, the police were dispatched to the scene based on a call reporting illegal behavior.  It is the officer’s job to respond to calls assigned to them.

Based on accounts of recent civilian deaths, most were avoidable.  The officers responded to a call and clearly instructed the suspect on what to do.  When the suspect doesn’t  comply with lawful orders, should the officers just walk away?

What we will never know is what would have happened if these men had simply followed instructions?

The anti-police movement has fostered such a hate filled atmosphere and it is encouraging attacks on police officers.  They want you to believe police are killing people, based on race.

Have we forgotten that criminals do exist?  That it is the sworn responsibility of the police to arrest criminals?  The public counts on the police for protection.

Who among us wants to walk into a dark alley, knowing there is an armed robber with a shotgun at the end of it?

Who wants to run into a building while an active shooter is firing off rounds?

Who do you want to see when you are hiding in your closet as your front door is being kicked in?

Even with recent  ambushes, there have been no reports of  resignations from the police departments. Officers will always stand between the public and those who want to cause harm. Always.

Criminals do exist.  We can not forget that.

That does not condone officers from abusing their authority.  It does mean they have the right to  exercise caution.

Give the police the chance to prove their worth.  Once officer’s ensure everyone is safe, they will respond to you based on how you talk and act.

Treat them fairly and you will be treated fairly.  Break the law – accept the consequences.

If you are approached by an officer, comply with his/her directions. THEN if  you feel you have been wronged, you have options.  Go to the press, hire a lawyer, post it on social media.   But most importantly –  file a police complaint.  I guarantee you it will be investigated and if the officer was in the wrong, there will be consequences far greater then the offense.  As it should be.  With great authority comes  great responsibility.  Those who abuse that trust deserve the harshest punishment possible.

It’s time for every one of us to take responsibility for our actions.  Fair and equal treatment for all.

Colleen Lucy Roberts retired from law enforcement after serving over two decades in the profession.