One suspect has been arrested 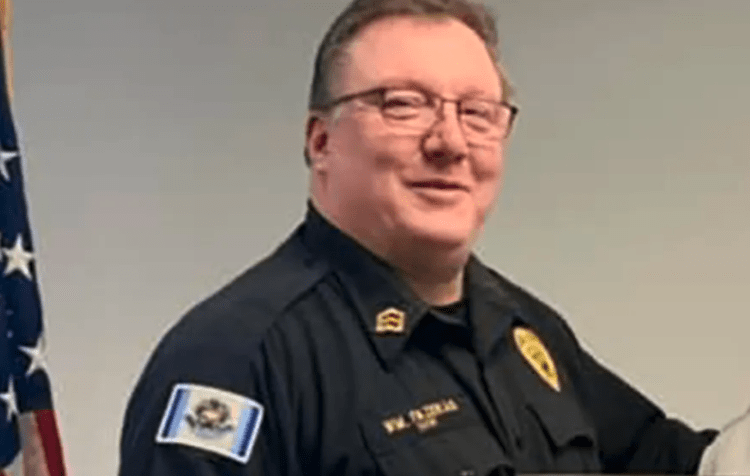 GARY, Ind. – A police sergeant in Gary, Ind. has been shot and one suspect is in custody Monday afternoon, officials said.

Sgt. William Fazekas of the Gary Police Department suffered a gunshot wound in the shoulder about 1 p.m. while he was investigating parking violations near an area where gunfire erupted. The sergeant was hit while trying to intervene, Fox 32 of Chicago reported.

“Sgt. Fazekas was in that area and observed a vehicle strike another vehicle,” said Gary Police Chief Brian Evans during a press conference on Monday. “Sgt. Fazekas activated his emergency lights to engage the vehicle in the incidents. One of the suspects opened fire on Sgt. Fazekas striking him in the left shoulder.”

Fazekas has been with the police agency for 32 years. He was subsequently transported to the University of Chicago Medical Center, where he is in stable condition, officials said.

Sheriff Oscar Martinez Jr. of the Lake County Sheriff’s Office said one of the gunmen was found a couple of blocks away from the shooting scene.

“One male subject was taken into custody and one person of interest is still at large at this time, and that is an active scene,” said Evans, according to the news outlet.

Officials have not released any information to the public about the captured suspect or the second person sought as the search continued Monday evening.

“The situation is ongoing, and further information will be released as it becomes available,” Gary Police Public Information Officer Lt. Dawn Westerfield added.

Cmdr. Jack Hamady said Tuesday in a statement that Fazekas saw a vehicle driving recklessly in Gary on Tuesday afternoon and followed. When the vehicle came to a stop, the sergeant activated his lights and exited his vehicle to investigate “when he was ambushed by a barrage of gunfire,” U.S. News reported.

Fazekas sought cover in his patrol unit, but was struck by gunfire, allegedly fired by the driver of the suspect vehicle. That person continued firing at Fazekas before fleeing on foot, Hamady said.

The suspect was arrested later Monday in a nearby abandoned home, according to the news outlet.

Hamady said police were initially uncertain whether any additional suspects were at large, but those investigators later determined “there was one subject that engaged in the gunfire with Sgt. Fazekas and that individual was in custody.”

The suspect’s name has not been released by the Lake County Sheriff’s Department, which is leading the shooting investigation. Hamady said the suspect’s name would be disclosed once formal charges are filed by prosecutors.