Retired Chicago lieutenant sounds off about destruction to his city 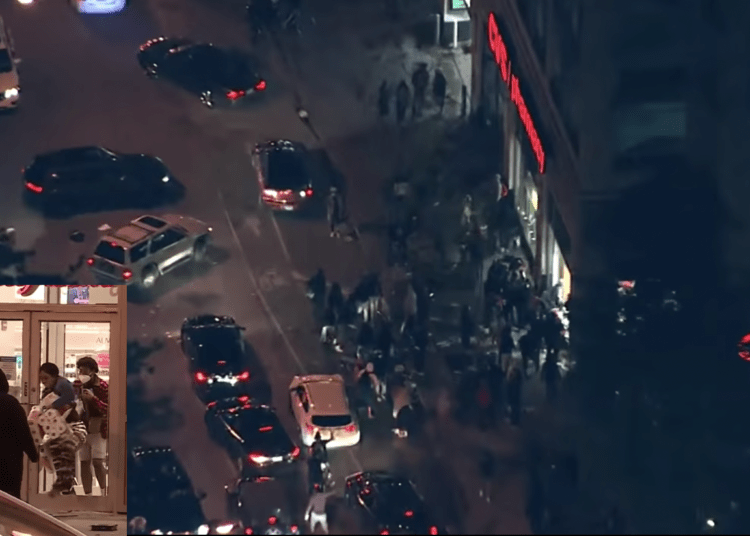 Yesterday saw peaceful protests in many cities across the country.  Here in Chicago those peaceful protests ended midday and were replaced with violent rioting, vandalism, and looting. Vehicles were set afire as were businesses. Many Chicago police officers were attacked and injured. The cost of this runs into the millions.

Notice I didn’t mention the reason for the original protests? I didn’t mention the reasons because it doesn’t matter any longer. An ABC reporter interviewed a group of young men who were looking for an opportunity to loot. One said the looting and rioting were simply reparations and revenge. Another youthful looter suggested a way to end this problem is to require the Chicago police officers to live in the city rather than the suburbs. I suppose he didn’t know that all city employees are required to live in the city.

It’s a beautiful Sunday morning. Today should be a lovely day and all along Michigan Avenue, Chicago’s Million Dollar Mile, home to high end stores like, Rolex, Gucci, Cartier, and State Street, home to the former Marshall Field’s, now Macy’s, board up crews are covering broken windows, while others try to make some attempt at clearing out the damage inside.

I’m retired for almost eight years now, so rather than being assigned to the riots I sat home and listened to the scanner and watched TV showing the violence and rioting. This morning instead of sitting back enjoying my coffee, I am mad. I scan the Internet to see if any of the many injured police officers are friends of mine. I view video of graffiti spray-painted on the beautiful marble facades spaced between the broken windows along Michigan Ave.

I’m mad and so are my fellow retirees. The city we worked so hard and long to protect was ravaged last night by trash looking only to get a new TV, Nikes, or Gucci handbag. We are mad at the disrespect for the city we call home even if we have moved on. We are mad at the disrespect towards the men and women in blue who took our place in the ranks.

Last night the Internet was filled with photos of burning Chicago police vehicles. TV showed other cars being overturned by young people who were acting as if they were enjoying spring break. Nowhere to be seen were the local preachers and reverends urging their constituents to stop rioting and to return home. No where did you see any local alderman from the communities these looters and rioters came from attempting to stop the mayhem. Just as invisible was the Governor and his support.

Our mayor did appear with a news conference where she discussed the earlier protestors but barely mentioned the rioting going on not far from her command center. The new police superintendent was on the at press conference too. That was his only appearance from what we could tell. You didn’t hear him on the radio coordinating his troops. Perhaps that was a good thing.

The mayor announced a 9pm – 6am curfew that did nothing to calm the waters. Had they the manpower and the chutzpah, they should have herded everyone on the street after nine to Soldier Field and arrested them.

So, you see, yesterday’s peaceful protests will be forgotten. Even though the main-stream news media and politicians will continue to call this a protest, all anyone will remember is the rioting and looting and the burning squad cars. The poster child for last night is a young looter walking through a smashed window of a store I could never afford to shop in with arms full of clothing pulled from the racks, and two men running down the alley with a couple large flat screen TVs.

I won’t soon forget the sound of frustration and failure in the voice of the police supervisor as he and another stood by watching what he described as 300-400 looters pouring into a Best Buy and coming out arms full of stolen merchandise. He knew the two of them could do no more than call for assistance that would never be there before the shelves were empty.

As much as the main-stream media would love to push the altruistic reasons for a protest, they only make themselves look more foolish pushing that agenda. This was a pure criminal act and the citizens and businesses of Chicago were the victims.

Stay safe my brothers and sisters in blue. Run low and zigzag.

Author’s note: You can find links to all of Robert Weisskopf’s online articles as well as his novels at his website www.bobweisskopf.com.