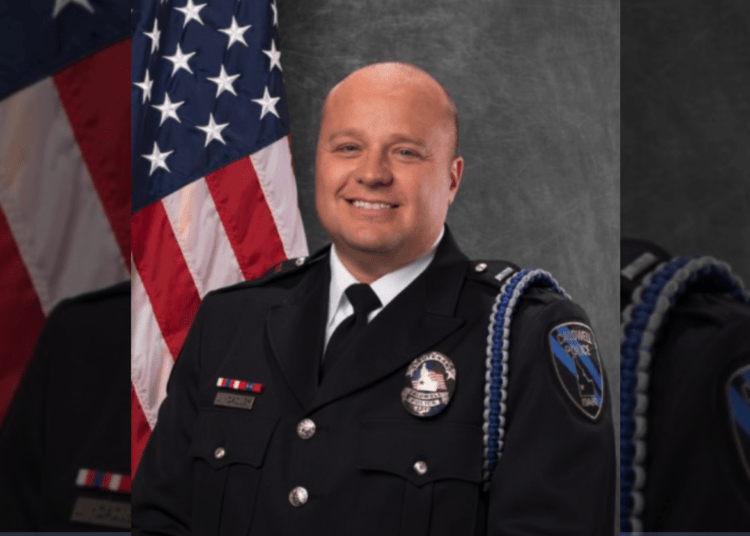 BOISE, Idaho – Joseph Hoadley was a police lieutenant with the Caldwell Police Department in Idaho when he was indicted earlier this year. Now a federal jury convicted the former law enforcement officer of falsifying a record or document in a federal investigation, witness tampering by harassment, and destroying a record to impair its use in an official proceeding. The former lieutenant was found not guilty of willful deprivation of rights under color of law.

Hoadley, 42, was convicted after a five-day trial in U.S. District Court. He faces up to 20 years in prison and a $250,000 fine on each of the three charges. He is scheduled to be sentenced in December, Big County News reported.

Evidence presented at trial established that Hoadley, while employed as a lieutenant with the Caldwell Police Department, used force against a person identified only as B.H. in Caldwell in 2017 while the suspect was detained and handcuffed.

After the lieutenant was indicted in April of 2022, he reportedly destroyed data on his city‑issued laptop and cellphone just prior to surrendering the electronic devices to the acting Caldwell Police Chief, who had placed Hoadley on administrative leave due to the pending criminal charges.

Hoadley was fired from the Caldwell Police Department in May, according to the Idaho Statesman.

Three officers along with Lt. Joseph Hoadley searched a Caldwell home after smelling marijuana in 2017. Notably, one officer decided to remain outside believing the search was unlawful.

According to court records obtained by the Idaho Statesman, the four officers had first arrived at the residence in response to a disconnected 911 call.

While at the home, they smelled the odor of marijuana originating from downstairs, court records revealed. Hoadley not only searched the place but arrested a resident after officers found marijuana, according to a 17-page motion to admit evidence, which was submitted by federal prosecutors earlier in the year.

The arrestee was identified as B.H., the man who was reportedly struck by Hoadley, and who later became a focal point of an FBI investigation into the lieutenant’s reported use of excessive force.

According to court documents, Lt. Joseph “Joey” Hoadley of the Caldwell Police Department is accused of hitting a man — referred to only by his initials B.H. — on March 30, 2017, reported KTVB.

The U.S. Attorney’s Office alleges Hoadley willfully deprived the man of the right, “secured and protected by the Constitution and the laws of the United States, to be free from the use of unreasonable force by a law enforcement officer.”

Hoadley is the head of Investigations for the Caldwell Police Department. As such, he manages three teams, which include Criminal Investigations, School Resource Officers and the Street Crimes Unit.

The FBI is currently investigating the police agency. According to KTVB, six sources say part of the investigation is focused on allegations of misconduct involving current and former officers working for the department’s Street Crimes Unit.

It’s unclear whether the charge against Hoadley is related to that FBI investigation.

Caldwell Police Department has not responded to the local media outlet regarding Hoadley’s work status.

Court documents show Hoadley he has been offered a plea agreement. His arraignment and plea agreement hearing are set for March 31 at 10 a.m. in U.S. District Court in Boise.

Hoadley has been with the police agency since 2001.