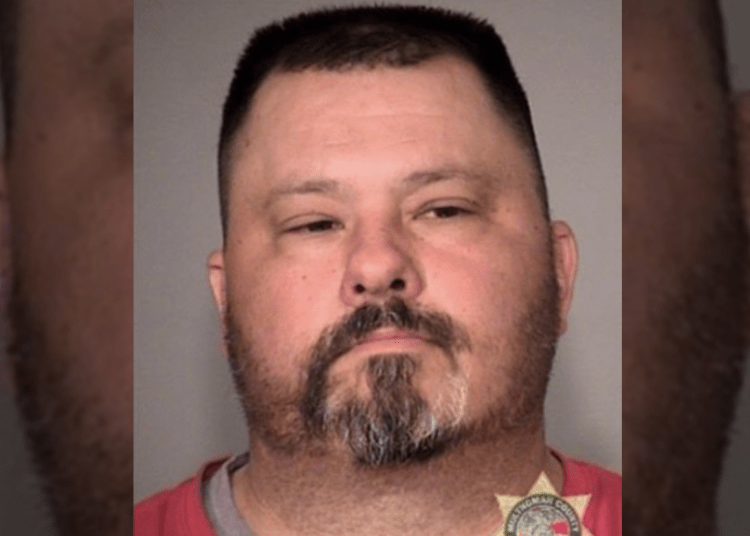 KAMIAH, Idaho — A man who participated in an armed occupation at an Oregon wildlife refuge in 2016 has been sentenced to prison in Idaho. He was given a term of 18 years in connection with his role in a 2020 police shootout.

Second District Judge Gregory FitzMaurice sentenced Sean L. Anderson on Monday after his conviction for felony aggravated assault on a police officer and the use of a deadly weapon in the commission of a crime.

The judge said the defendant’s justification for why he shot at police after they tried to pull him over was “shallow,” The Lewiston Tribune reported.

“Your actions in this case are the ones that escalated everything,” the judge told Anderson. “I cannot understand the degree to which you responded.”

Anderson was taken into custody several days after a police pursuit and shootout July 18, 2020, following an attempted traffic stop for an apparent equipment violation, KTVB reported.

According to law enforcement authorities, Anderson led them on a pursuit lasting about 30 miles from Kamiah to Ferdinand. The pursuit ended on a dead end road when officers said Anderson pulled out a 12-gauge shotgun and fired. The officers returned fire and Anderson was hit in the face as he reportedly attempted to reload his shotgun.

No officers were injured in the exchange of gunfire. Anderson was not so fortunate. He was shot in the eye and has permanent vision loss, hearing damage and a brain injury, FitzMaurice said.

The Idaho shooting wasn’t Anderson’s first armed confrontation with police. He had previously been convicted of misdemeanor trespassing for his role in the 2016 armed standoff at the Malheur National Wildlife Refuge in southeastern Oregon. The standoff was led by anti-government activist Ammon Bundy. Anderson joined occupiers who were protesting what they said was the federal government taking over private land in the area, and was one of the last four holdouts during the 41-day occupation, according to KTVB.

Prior to the Idaho shootout, Anderson attended a rally in Emmett, Idaho, organized by Bundy. He said he had “drawn a line in the sand,” vowing that he would never be taken back to jail.

Anderson reportedly told the court that he hoped the officers would kill him. He said he was depressed, had been drinking and was upset because of what he believed was governmental overreach in response to the coronavirus pandemic.