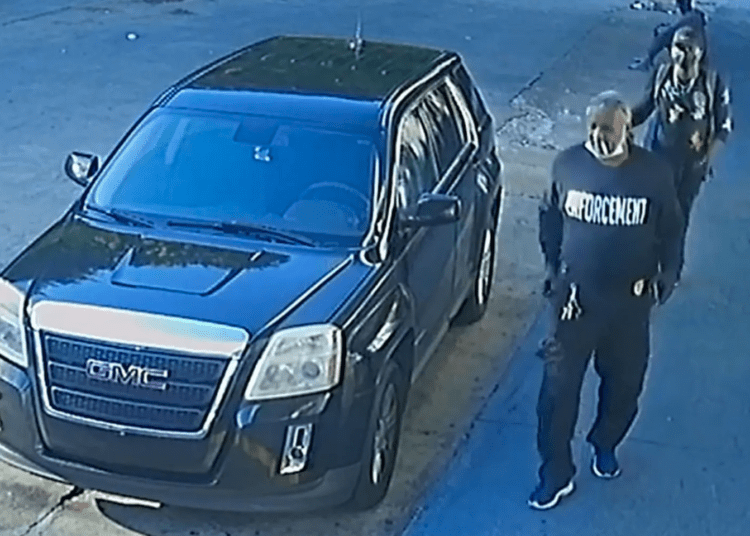 Still image shows the moment prior to the execution-style slaying of Anthony Frazier. (Atlanta Police Department via FOX 5)

ATLANTA – Horrifying video shows the execution-style slaying of a security guard in Atlanta by a gunman who walked up behind him, shot him in the back of the head at point-blank range and robbed him. Following the homicide, additional criminals approach the victim and appear to pick his pockets before fleeing.

The victim is identified as 51-year-old Anthony Frazier. He worked as a security guard at American Seafood and Wings on Cleveland Avenue in Atlanta.

The suspect is seen approaching Frazier from behind about 7 p.m. Monday outside the restaurant. He pulls a gun from his right pocket before shooting the victim, FOX 5 Atlanta reported. 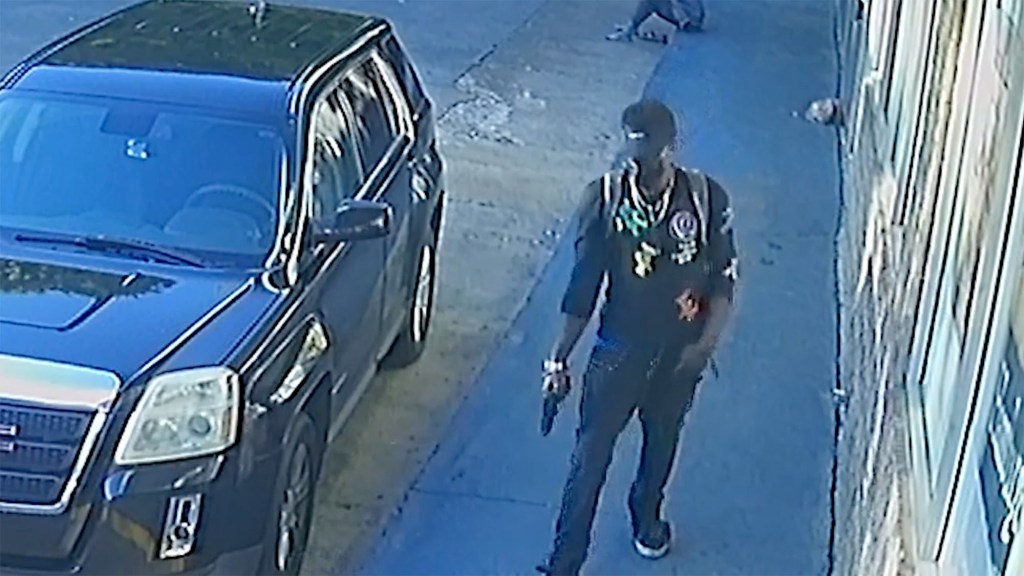 The stunning video released by the Atlanta Police Department doesn’t show the actual shooting. However, in the immediate aftermath the triggerman is seen apparently taking something from the victim as he lies motionless on the sidewalk.

As the homicide suspect strolls away, he passes a man sitting on the curb nearby who likely saw the murder take place. The witness gets up and shakes his head in disbelief while walking by the victim who is lying in a pool of blood on the ground.

Moreover, two additional men approach the lifeless victim and appear to rummage through his pockets looking for valuables.

Police hope to identify and speak to the people who were present in the immediate aftermath of Frazier’s death, the New York Post reported.

Antonette Frazier, the victim’s daughter, said she was unable to sleep after viewing the horrifying video, CBS46 reported.

“I just don’t understand how somebody could be so cold,” Frazier said, adding that she is angry no one tried to help her dad.

“I’m angry at the people that stood by,” she told CBS46. “My daddy was a good person. I’m angry and disgusted with the bystanders digging through his pockets. … He was my best friend, and they took him away from me.”

A $2,000 reward is being offered for tips leading to the arrest and indictment of the murder suspect, according to FOX 5.