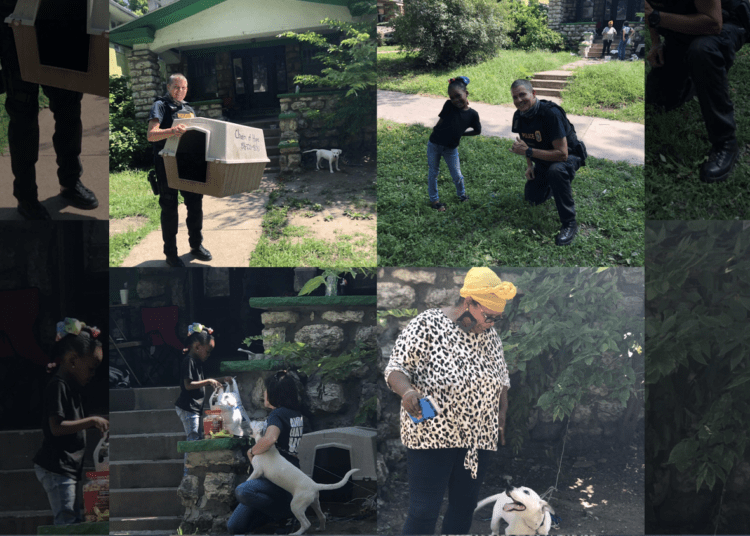 KANSAS CITY, Mo. — A 6-year-old girl, named Zion, formed a new friendship with a police captain after talking to him about her dog.

For Capt. Danny Graves and 5-month-old puppy, Kristof, it is about the events that brought them together, a serendipitous meeting, which occurred due to tragedy.

“We had a homicide in the neighborhood over the weekend,” Graves said.

While at the scene, and in all the chaos, officers noticed a frightened girl and her dog just a few doors down, KMBC reported.

Graves said the little girl was struggling with all the police activity in the neighborhood. As a result, he said it led to a conversation and a promise.

“I made her a promise that I was going to bring her a doghouse this week,” Graves said.

He called Chain of Hope to help.

“We brought a doghouse and brought an indoor crate so they can get the puppy inside,” said Kate Quigley, of Chain of Hope KC.

“Sometimes, the system fails in many directions,” Graves said. “It’s all about conflict resolution. That’s what we need to be out here teaching people.”

“The way that we’re imaging them is not correct and true. With every last police officer, we’ve got people that are working with the community, just like this here,” said Loren Troutt, Zion’s grandmother.

The connection has made a frightened 6-year-old girl and her dog a little more comfortable.