Police across the country have become disillusioned 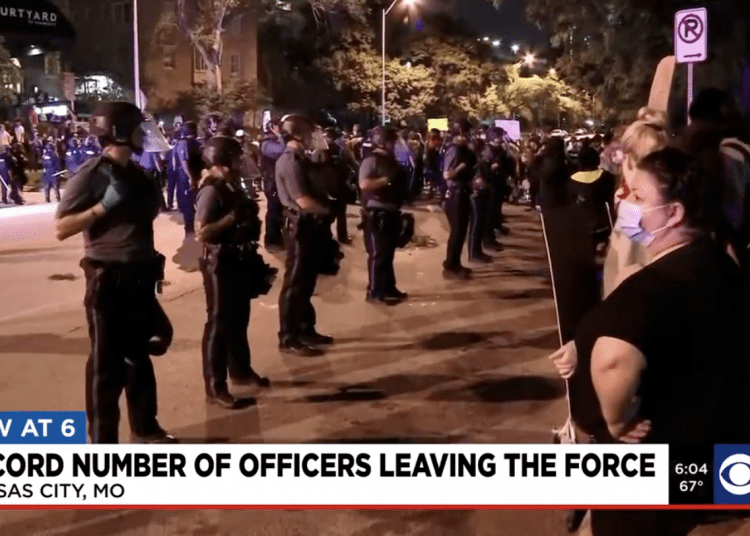 KANSAS CITY, Mo. — In a year full of protests, harsh criticism of police and calls for the Chief of Police to step down, many Kansas City Police Department cops are joining the ranks of disillusioned officers everywhere and saying, “Enough.”

Kansas City Police officers are resigning and retiring in record numbers. And the president of the Police Union says the community needs to know and understand there will be consequences, KCTV5 reported.

So far this year, 46 officers have retired or resigned. Some are turning to private security or construction. Lemon expects the trend to continue.

“We’re going to lose about 100 to 110 officers this year which is a huge increase over any other year we’ve ever had,” said Lemon.

If that happens, that’s about a 10 percent drop in Kansas City’s police force. It would leave the agency near the number of officers the city had around 1980.

To make matters worse, as the number of officers is declining, there is record violence. Like almost every large city, Kansas City had more murders last year than any year since records were kept. And it’s on pace to at least match that this year, according to KCTV5.

There is no police recruitment class scheduled for this year, and Lemon points out, it is tough to recruit in this environment. Highlighting the reality that there are no easy answers.