Gone in an Instant 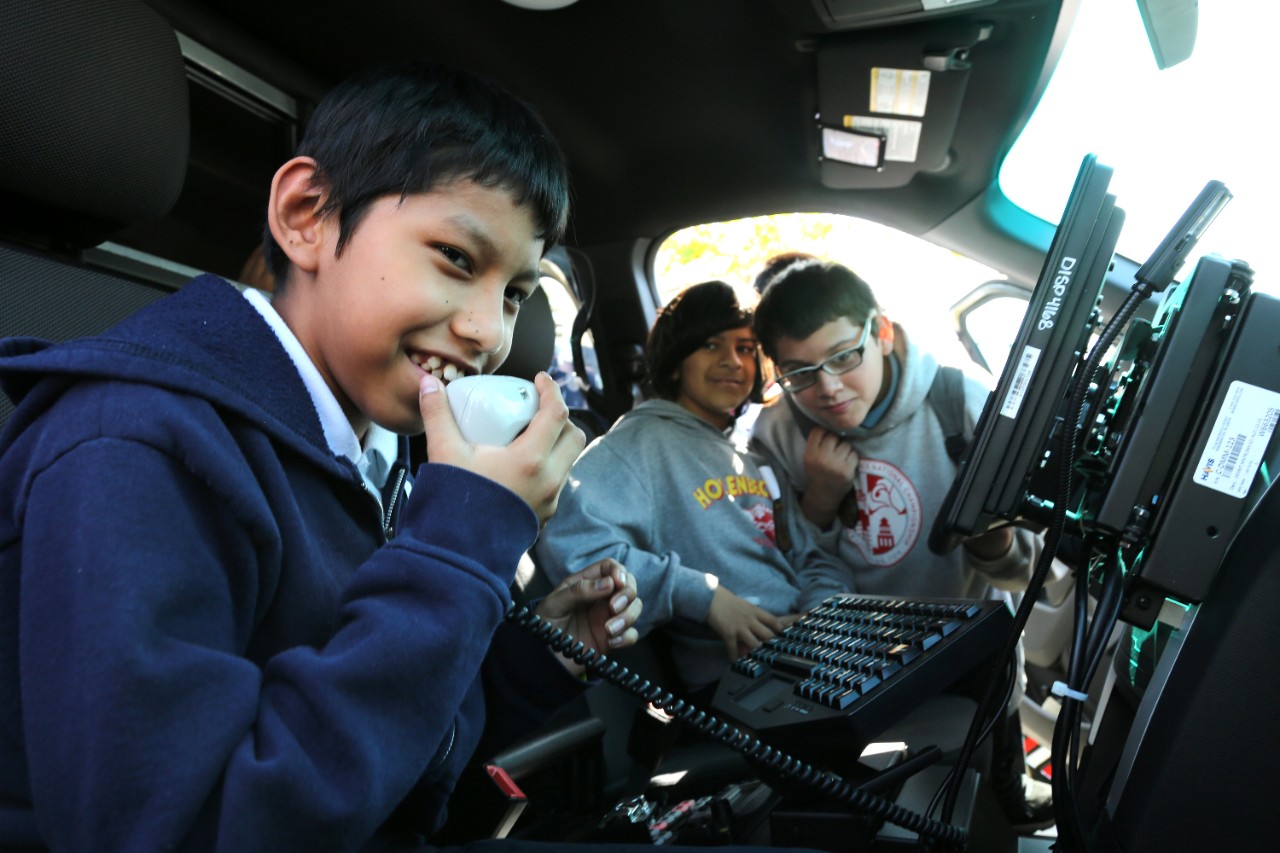 Lenny, left, an autistic child from John Adams Middle School talks on a police car loudspeaker during a visit with the police during a daylong training on autism with police officers, school police and county Sheriff’s deputies in Los Angeles. About 100 law enforcement officers were paired with 100 autistic students for a unique daylong training program that works to educate both populations about the other in an effort to avoid tragedy. (AP Photo/Richard Vogel)

They were gone in an instant: A 9-year-old girl got out through an iron gate in her backyard that was accidentally left open. An 8-year-old boy slipped out of his family's rental condo at the beach while his parents were taking a nap. A grandmother called 911 when her 11-year-old grandson, who loved to explore, ran away from home—again.

Massive searches were launched for the three missing children in each of their communities. For their families, the devastating news was the same with each recovery: accidental drowning. The three children, all diagnosed with autism, were among 15 children with special needs in the United States who died that spring and summer after wandering, all but two from drowning.

While many first responders know that adults suffering from Alzheimer's or other forms of dementia can wander off, they don't realize that many children with special needs, especially the severely afflicted, often exhibit similar behaviors. Nearly half of children with autism will repeatedly wander, becoming fixated on something—a highway sign, a fire truck, a train or, in most cases, a body of water.

The number of children with autism in the United States has skyrocketed, with one in every 68 children diagnosed with autism and related disorders, according to the Centers for Disease Control and Prevention.

The National Center for Missing & Exploited Children has seen another disturbing trend: more of these children wandering from safe environments with grave consequences, especially during warm weather months.

Since 2009, there have been 77 deaths of children who wandered, according to Lori McIlwain, executive director of the National Autism Association, which tracks wandering cases and provides help to the autism community. As many as six special needs children go missing every week, she said.

For first responders, searching for special needs children poses significant challenges because the children often exhibit behaviors not seen in those unaffected. Many are nonverbal and unable to respond to searchers. Some are sensitive to sound, and yelling the child's name or using search dogs, ATVs or helicopters may drive them further away. They can exhibit a diminished sense of fear, causing them to engage in high-risk behavior. They often seek out small, enclosed spaces, which may be overlooked during initial searches.

These children can also be very resilient, as was the case when Robbie Wood Jr., 8, wandered away from his family while visiting a densely forested park in Hanover County, Va. More than 6,000 volunteers searched for the child until he was found alive in a drainage ditch six days later. He was lethargic and suffering from the elements but in remarkably good health.

After Robbie was safely recovered, Robert Lowery, vice president of the NCMEC's Missing Children Division, brought together representatives of autism organizations, health professionals and search-and-rescue experts to see what more could be done to help find these children safely when they are reported missing. His staff devised search protocols and checklists for first responders and 911 dispatchers (http://www.missingkids.com/en_US/publications/SpecialNeeds_Addendum.pdf).

Because so many of these children are drawn to water, first responders should immediately search nearby bodies of water and attempt to contain the child in a specific area. Moreover, they should talk to the parents or caregivers to learn the child's specific behaviors and where he or she might go.

"First responders must treat every report with the highest sense of urgency because some of the children will immediately engage in high-risk activity," said Lowery, who was formerly an assistant chief of police for the city of Florissant, Missouri. "You have to get the right resources in there fast."

Autism is a spectrum disorder and no two children are alike, so first responders need to tailor their searches around the unique characteristics of each child, said McIlwain, who helped produce a video on wandering for first responders.

Searchers have tried unique approaches with some success, such as grilling hot dogs and hamburgers, hoping the aroma will lure a hungry child out of hiding. If the search continues into the night, it can be helpful to set out bedding with a favorite stuffed animal. For example, if a child is obsessed with fire trucks, bringing a fire truck to the scene might draw the child out.

"What you have are children going missing, and they're not even able to cry out for help," said McIlwain, who has a son with autism who has wandered. "They're scared, and they're dying alone. Rescue workers have to intervene quickly."

John Bischoff is executive director of the Missing Children Division at NCMEC’s headquarters in Alexandria, Virginia. He is also a (PT) Battalion Chief for New Kent Fire & Rescue in New Kent County, Virginia.

Share and speak up for justice, law & order...
Tags: FeatureFeaturesForensicsInvestigations