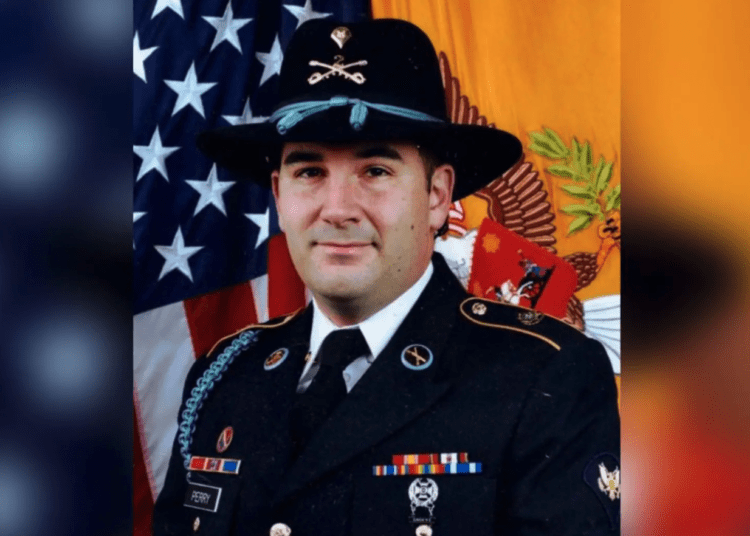 AUSTIN, Texas — Law enforcement personnel who are aware of the criminal case against US Army Sgt. Daniel Perry have viewed it as a political prosecution by an activist district attorney. He is facing a murder charge after shooting a Black Lives Matter protester who approached his vehicle with an AK-47.

Now as Perry attempts to finance his defense against the malicious prosecution, his GoFundMe page has been shut down by the company.

“It’s an expensive trial to undertake with the need for expert witnesses and stuff and we had a GoFundMe site that’s been taken down and it’s been weighing on him,” Perry’s attorney, Clint Broden told Fox News Digital.

The shooting occurred on July 25, 2020, at about 9:50 p.m. as Perry was driving for Uber when he encountered a Black Lives Matter protest in downtown Austin, Texas.

Perry, an active duty soldier, was stationed at Ft. Hood at the time. The ongoing BLM protest did not have a permit to hijack the roadway, according to authorities, and was reportedly interrupting traffic at a busy intersection.

Perry made a right turn on Congress Avenue, according to his attorneys, when he was swarmed by a group of Black Lives Matter protesters. One of the individuals, who was masked and later identified as Garrett Foster, approached his vehicle armed with an AK-47 in the “ready position.” If that were not intimidating enough, violent protesters began banging on Perry’s vehicle and throwing bricks.

Perry had the impression that Foster was beginning to raise the rifle and that his life was in danger. As a result, he fired the handgun he kept in his car console multiple times at which point another protester opened fire on him.

Foster, the aggressive BLM protester who approached Perry with the AK-47, was fatally wounded.

Veteran Detective David Fugitt of the Austin Police Department, the lead investigator on the case who has been on the agency for 27 years, concluded the shooting was justifiable homicide.

Nevertheless, the Travis County District Attorney’s Office indicted Perry for murder and aggravated assault charges about a year later, according to KXAN.

District Attorney Jose Garza is viewed by cops as a political activist, not a prosecutor who seeks justice. Hence, things got messy between the DA’s office and the Det. Fugitt.

“In the court filings, Fugitt alleges that Garza ordered him to change his testimony to remove exculpatory evidence he had amassed as the lead investigator in the case. This is the witness tampering allegation. When Fugitt refused, Garza called APD and an internal affairs investigation of Fugitt was launched. An IA investigation can lead to an officer’s termination and loss of pension and benefits. This is the basis of the allegation of illegal retaliation.”

Perry’s attorneys say the shooting was clearly self-defense. They’ve also expressed serious concerns with the manner in which it has been handled by Garza’s office.

It’s worth noting the Texas castle law extends to a vehicle in some circumstances. Yet despite the castle provisions, the defense attorneys point out that Perry believed his life was in peril due to the armed aggression displayed toward him.

“Garrett Foster either intentionally or accidentally pointed his rifle at Daniel Perry’s head and Daniel Perry fired in self-defense,” Perry attorney Doug O’Connell told Fox News Digital. “And as a practical matter he had no ability to retreat nor was he required to.”

“You have the right to defend yourself in a crowd and you feel like you’re in imminent danger of being shot,” Broden added. “That’s what it’s all about. I ask people to put themselves in Sgt. Perry’s position and you have this masked man with an assault rifle ready starting to raise it. I think anybody that had access to a firearm would react the same way.”

Perry’s attorneys say that those who wish to financially support him can still do so via the GoGetFunding crowdfunding platform.

“I can confirm that this fundraiser was reviewed and found to be in violation of GoFundMe Terms of Service, and subsequently removed. GoFundMe prohibits raising money for the legal defense of a violent crime,” a GoFundMe spokesperson said in a statement to Fox News Digital.

Perry’s lawyers have a meeting with a judge on December 15 to review concerns with the grand jury process. Therefore, a trial date has not been scheduled.