Georgia Sergeant Killed On Collision Scene With Another Officer 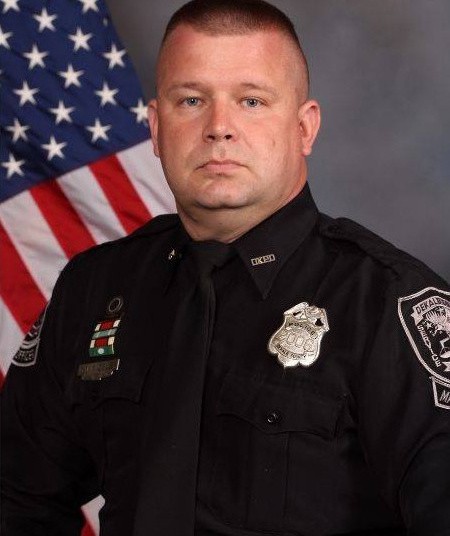 DeKalb County (GA) Sergeant Daniel Mobley was killed Saturday when he was struck by a vehicle on the Downtown Connector in Atlanta.

AJC reports that Mobley, a 22-year veteran of the department, was hit by a car about 9 a.m. while responding to a crash involving another DeKalb officer near the Williams Street exit. He was rushed to Grady Memorial Hospital, but pronounced dead on arrival, DeKalb police said. Mobley was 44.

“Today is a sad day as the DeKalb County Police Department lost one of its guardian angels,” police Chief Mirtha Ramos told reporters outside police headquarters Saturday afternoon. “We will miss him dearly and our hearts go out to his family.”

Heartbreaking news. Please join our family in praying for the friends and loved ones of Sergeant Mobley. May the Lord be a comfort to them and his fellow officers in this difficult time. https://t.co/OEHiNl7uXp

According to Chief Ramos, Mobley had just arrived to conduct a “supervisory investigation” of the crash involving the other officer when he was struck while getting out of his patrol car.

LISTEN TO THE SCIENCE: HOW THE MEDIA LIES ABOUT LAW ENFORCEMENT

The crash remained under investigation late Saturday. The officer involved in the initial crash was not injured, but shaken up by what happened to Mobley, according to police.

Mobley is being described as an exemplary law enforcement officer and a devoted father to his son. Colleagues said Mobley was a big Ford fan who could be found working under the hood of his cars in his free time.

Share and speak up for justice, law & order...
Tags: atlantadekalb countyNewsOfficer Down