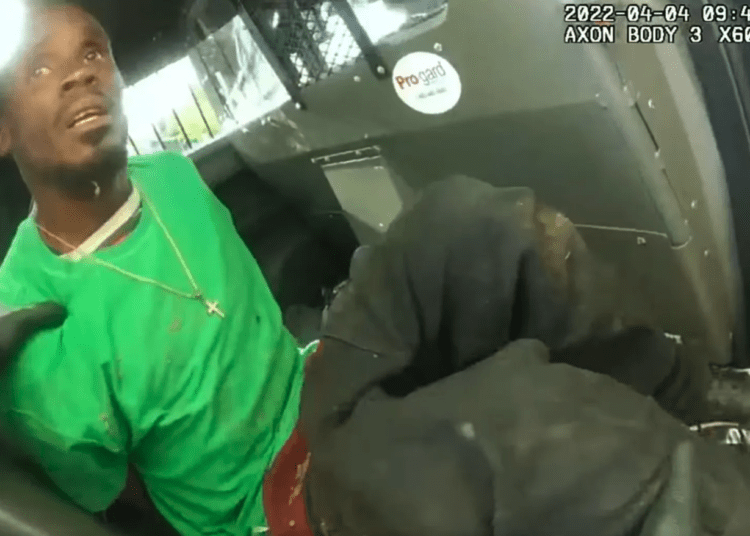 Darius White is charged with kidnapping among other crimes. (Atlanta Police Department)

ATLANTA – Officers in Georgia used an iPhone feature to track down a man who reportedly swiped a vehicle from an Atlanta-area parking lot while a 9-year-old boy was inside last week, the Atlanta Police Department said.

Jerrica Moore said she briefly stepped out of her car while pulling into a lot on Monday. The automobile remained running while her son was in the back, Fox News reported.

A suspect hopped into the vehicle and drove off with the boy, the department wrote on Facebook.

The mother was able to help police track the perpetrator by using a feature to locate the child’s iPhone.

The mother was able to track her son’s location by using the feature to locate his iPhone, allowing authorities to pursue the alleged kidnaper while tracking where he was driving. (Atlanta Police Department)

Law enforcement authorities found the suspect who then tried to flee. As he was evading, the Georgia State Police used a PIT maneuver to stop the stolen car and arrest the suspect without incident, police said.

While officers were taking the man into custody, the boy crawled out of a passenger window, Fox reported.

The Atlanta Police Department posted video of the pursuit, arrest and subsequent rescue of the child.

Darius White, 38, was identified as the suspect. He is charged with Kidnapping, Cruelty towards Children and Theft by Taking, according to police.

The child was taken to the hospital as a precaution. He was not physically injured during the traumatic ordeal.

“We are happy to report the child and his mother have been reunited,” the agency said. “We again remind the community to lock their cars, and remove all valuables, including their children, when exiting their vehicles.”