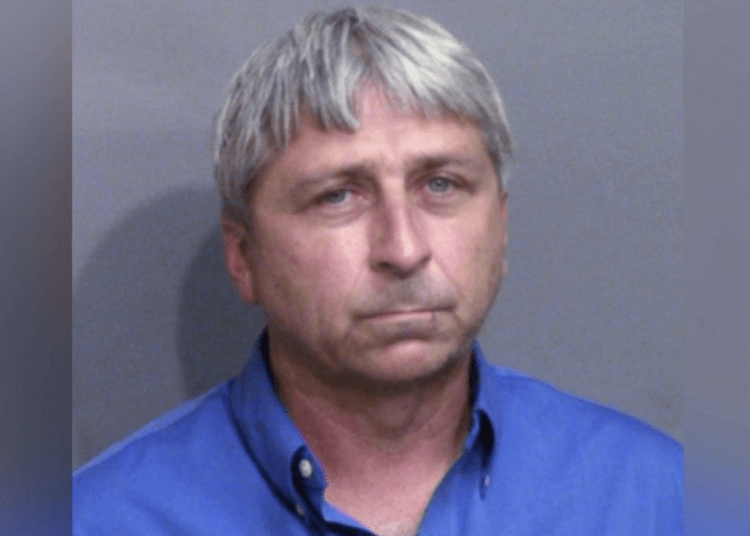 GLYNN COUNTY, Ga. – The director of the Georgia Bureau of Investigation said Friday that William Bryan, the neighbor who filmed Ahmaud Arbery’s death, was not a good Samaritan or simply a witness as Bryan has claimed, but a significant player in the February killing of the unarmed black man.

“If we believed he was a witness, we wouldn’t have arrested him,” GBI Director Vic Reynolds said Friday. “There’s probable cause and we’re comfortable with that.”

Consequently, Bryan, 50, was taken into custody and charged with felony murder and criminal attempt to commit false imprisonment.

Gregory McMichael, 64, and his son, Travis McMichael, 34, have already been charged with murder following their fatal confrontation with Arbery.

Bryan recorded the Feb. 23 confrontation as the McMichael’s pursued Arbery believing he had been involved in a crime while in the Satilla Shores neighborhood, about 25 minutes away from downtown Brunswick.

“We don’t go into a situation of this nature investigating a person or persons, we go in and investigate a set of facts and once we start turning stones over — sometimes there’s one or two stones underneath that need to be turned over,” Reynolds said.

In Georgia, a person can be charged with felony murder if he or she is alleged to have contributed to another person’s death, even unintentionally, while committing another felony, Fox News reported.

Reynolds also said that state investigators had found “a number of pieces of video” that linked Bryan to the case.

“I’m not going to speak specifically about what we took from him … but suffice it to say there are a number of pieces of video that helped us get to this point.”

Moreover, Reynolds commented on claims that members of the tight-knit community used social media to keep tabs on people coming into their neighborhood.

“Our agents have looked over a ton of social media posts and the majority of those will be made a part of this file, which will be turned over to the district attorney’s office,” he said, adding, “In any investigation, particularly one of this nature, where we’ve charged three people, there’s a great accumulation of pieces of evidence that go into the deciding factors.”

The GBI was called in to investigate Arbery’s death two months after it occurred.

When the GBI arrived in Brunswick, it took them less than 48 hours to arrest the McMichael’s, leading to accusations of cronyism leveled against local police, Fox reported.

Following the arrests of the McMichael’s, Reynolds took a veiled swipe at the local probe into the shooting death of Arbery.

“I can’t answer what another agency did or didn’t see but I can tell you that, based on our involvement in this case, considering the fact that we hit the ground running Wednesday morning and within 36 hours, we had secured warrants for two individuals for felony murder. I think that speaks volumes for itself and that probable cause was clear to our agents pretty quickly,” he said during a May 8 press conference.

And though Reynolds didn’t rule out additional arrests, he did say his investigators were wrapping up the “investigation into the murder.”

“I don’t anticipate us doing much more in the case before we button it up and give it to the district attorney’s office,” but added, “we go wherever the facts take us and if the facts took us in another direction or to another person we would go there. Right now, I do not anticipate that happening.”

However, two district attorneys, Jackie Johnson and George Barnill, are under investigation after they recused themselves from Arbery’s case, ABC News reported. The report did not indicate what agency was conducting the investigation. A third district attorney, Tom Durden, brought GBI into the case on May 5.