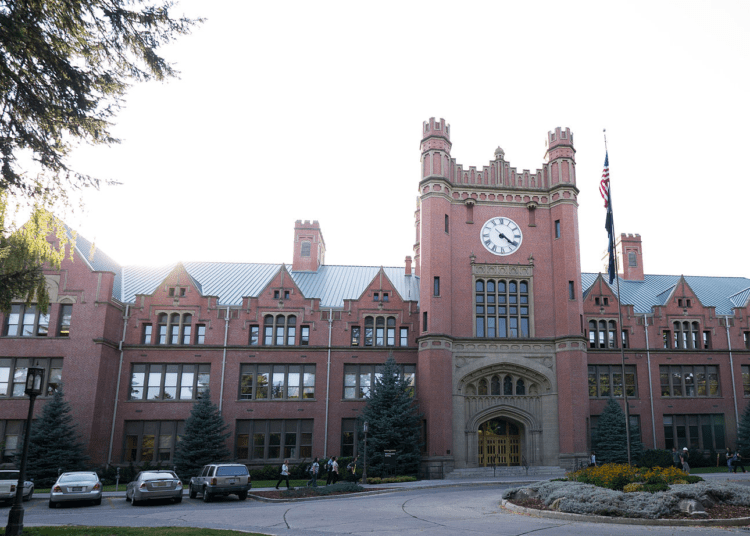 MOSCOW, Idaho – Four students attending the University of Idaho were found dead Sunday at a home near the campus, in what police have described as suspected homicides.

The Moscow Police Department in Idaho responded to a report of an unconscious person near King Road just prior to noon on Sunday. Upon arrival officers subsequently discovered all four individuals, who were pronounced dead at the scene.

“The Moscow Police Department is investigating and the families of these students have been notified,” university officials said, according to ABC News.

The deaths are under investigation as homicide. Moscow Police had not taken anyone into custody as of Monday morning. https://t.co/V91yzQhytG

Shortly after the bodies were discovered, the university advised students to shelter in place. However, the emergency order was lifted after roughly one hour as investigators determined there was no further threat in the area, the New York Post reported.

Law enforcement authorities kept investigative details close to the vest and said more information would be forthcoming without specifying a timeframe. However, it’s worth noting that no one is in custody and authorities do not appear to be seeking a suspect.

The four who died have been identified as 20-year-old Ethan Chapin, from Conway, Washington; 21-year-old Madison Mogen, from Coeur d’Alene; 20-year-old Xana Kernodle, from Avondale, Arizona; and 21-year-old Kaylee GonCalves, from Rathdrum, KTVB reported about noon on Monday.

“The Moscow Police Department and the City of Moscow is deeply saddened for the families of these individuals, fellow students and friends, and our community during this time. Our heartfelt sympathies go out to each and every person affected by this incident,” a spokesperson for the City of Moscow wrote in a press release Monday morning.

“It is with deep sadness that I share with you that the university was notified today of the death of four University of Idaho students living off-campus believed to be victims of homicide,” Green said in a statement posted to Facebook. “Out of respect for these fellow Vandals, classes statewide and online are canceled Monday, Nov. 14. An event of this magnitude can understandably have significant impacts on those left behind. As Vandals, we must come together and lift each other up.”

The homicides involving college students in Idaho occurred the same day that five students were shot at the University of Virginia, killing three of them, Law Officer reported.

UVA student, Christopher Darnell Jones Jr., is accused of the Sunday night murders. He was tracked down and captured following a 12-hour manhunt.