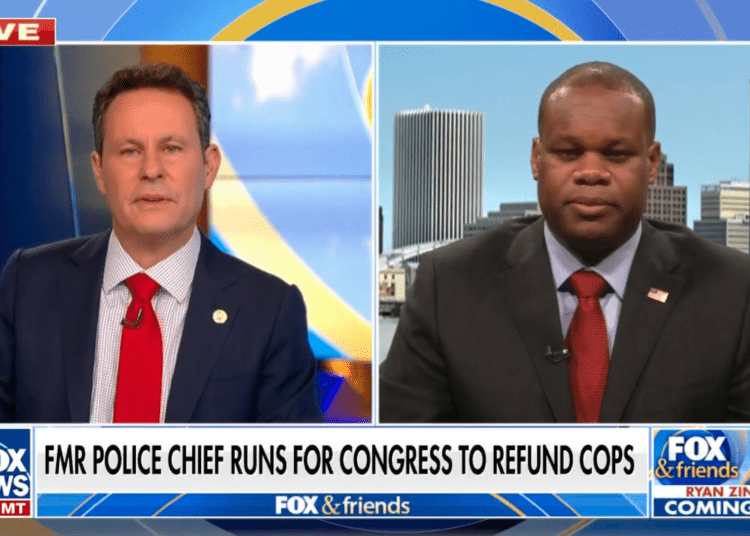 ROCHESTER, N.Y. – La’Ron Singletary is the former chief of the Rochester Police Department. The honorable man was fired as his retirement was pending in 2020 by corrupt former mayor Lovely Warren amid the Daniel Prude controversy.

Now Singletary is running for Congress as a Republican. He said the politics in play by the current Democrat Party left him.

“Defunding the police is like removing the wood from the bottom of your boat to fix your deck. It makes no sense.”

Singletary discussed his bid for Congress and pointed to Democratic support for defunding police as a key reason he chose to run as a Republican during an interview on Monday, Fox News Digital reported.

LA’RON SINGLETARY: It’s about politicians who decided to put politics over people, and it’s just wrong. Like Ronald Reagan said, I didn’t leave the Democratic Party. The Democratic Party left La’Ron Singletary. And for me, it’s about wanting to serve people, meet people where they are and leave them in a better spot.

The last two years, the Democratic Party has been trying to rid policies that have been disproportionately impacting the African-American community and Hispanics. And defund the police has done just that. It makes no sense whatsoever. Defunding the police is like removing the wood from the bottom of your boat to fix your deck. It makes no sense.

Singletary believes public safety is a very important value held by the general public. He believes voters will go to the polls this year with that in mind.