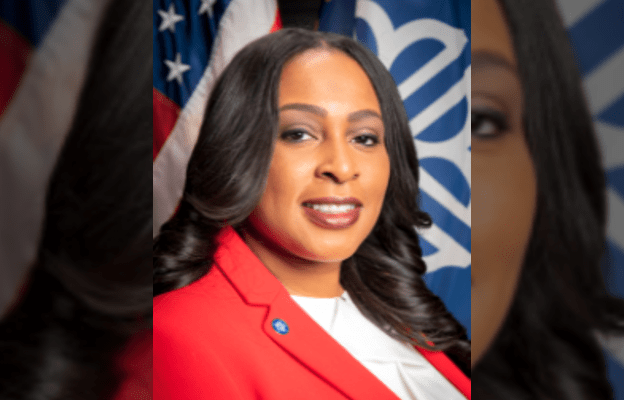 ROCHESTER, N.Y. — Democrat Lovely Warren was the first black woman to be elected mayor of Rochester, New York. On Monday, her trailblazing journey was shattered as she agreed to a plea deal that requires her to resign by Dec. 1.

Warren’s plea agreement resolves election law charges against her as well as pending weapons and child endangerment charges that were not related to her job as mayor, according to the Rochester Democrat & Chronicle.

As a result of the merciful deal, Warren escapes with a misdemeanor conviction for knowingly violating campaign contribution limits in 2017. Otherwise, the mayor who has been shrouded in controversy, could have faced a felony conviction if her election law case went to trial, Western Journal reported.

Mayor Warren is now at the podium. She is admitting to “knowingly and willingly accepting excess campaign funds in violation of election law” – when asked how does she plead, she says “guilty, your honor” @news10nbc

Warren’s estranged husband, Timothy Granison, was taken into custody after New York State Police served a warrant at their home in May, Law Officer reported. The couple had also been facing a charge of criminal possession of a firearm and two counts each of endangering the welfare of a child and failure to properly secure firearms.

Granison still faces charges in connection with what police said was a drug trafficking network. However, Warren is now cleared of those allegations, according to the Democrat & Chronicle.

A child protective investigation remains ongoing over allegations her daughter was in the home with unsecured firearms, Western Journal reported.

“Our democracy depends on fair elections,” Monroe County Legislator Rachel Barnhart, a Democrat who lost to Warren in a 2017 Democratic primary, said in a statement, according to WHEC-TV. “Public corruption cannot be tolerated, and we have a lot of work to do at the state and local level to ensure ethical conduct.”

“Lovely was able to raise well over $100,000 more than she was allowed from these donors because almost all of them had interests before the city,” she said.

“This is an important step in our larger efforts in promoting ethical elections in our state,” Sandra Doorley, the Monroe County district attorney, said in a statement, according to The New York Times.

“The ramifications of the Mayor’s conduct spans beyond the criminal justice system,” the district attorney said.

Former Rochester Police Chief La’Ron Singletary was terminated by Warren in September 2020, months after Prude’s death, and weeks before he planned to retire.

Singletary said the city’s mayor pushed him to lie about her handling of the investigation – and claimed he was ousted when he refused to do so, Law Officer reported.

The irony, or privilege, of the Lovely Warren story is that she was shown infinitely more mercy than she has ever shown. She started destroying careers and livelihoods for spite as soon as she became mayor, and has done so right up to the present.

Last December, Singletary filed a notice of claim with the Monroe Court Clerk’s office announcing his intention to sue Warren and the city for defamation of character, the creation of a hostile work environment and his “wrongful and retaliatory termination.”

Singletary filed the lawsuit against Warren and the City of Rochester last month, Rochester First reported.

According to the news outlet, Singletary’s lawsuit reiterates much of what he said in his nine-hour public deposition regarding Prude’s death. He listed a series of things the mayor said that were not true, and asked him to lie publicly.

The lawsuit says the mayor’s “false and defamatory statement” as well as “material omissions” cause harm to Singletary’s reputation for “honesty, integrity, truthfulness.” Furthermore, it alleges pressure to support Warren’s “false narrative” created a “hostile work environment” that prevented Singletary from “performing his duties as Chief of Police.”

NEW: I’ve just obtained a copy of the lawsuit filed by former Rochester Police Chief La’Ron Singletary. Live report coming up on @News_8 at 4, 5 and 6 this afternoon.

Although Warren is forced from office, she will not leave her pension behind, Western Journal reported.

Since she pleaded guilty to a misdemeanor, Warren gets to keep her public employee pension, according to a spokeswoman for the state comptroller’s office.