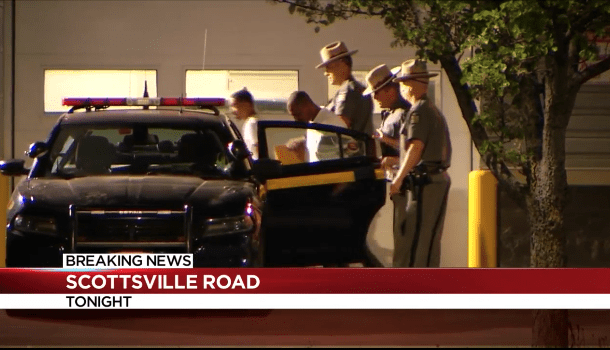 ROCHESTER, N.Y. — Rochester Mayor Lovely Warren’s husband, Timothy Granison, is in custody after state troopers executed a search warrant at her home Wednesday night. He was the subject of the criminal investigation, and was detained by law enforcement, according to the Rochester Democrat and Chronicle.

Troopers executed a search warrant at the Democrat’s house as part of an “ongoing criminal investigation,” New York State Police said in a brief press release. However, they had little else to say about the crimes that were reportedly committed.

“The Mayor is just learning about the events that unfolded this afternoon and has no more information than the rest of the community,” Rochester’s city communications director, Justin Roj, said in a Wednesday night statement, according to the New York Post. “She hopes to learn more details this evening and will have a statement tomorrow.”

It appears this is not Granison’s first brush was the law. He previously served five years of probation stemming from his role in a 1997 armed jewelry heist, the Rochester Democrat and Chronicle reported.

There were no details regarding Granison’s booking or when he will appear in court.

In addition to Granison’s current legal trouble, Warren also has a criminal battle ahead. She was indicted last October on campaign finance charges stemming from her re-election campaign three years ago, Law Officer reported at the time. Monroe County District Attorney Sandra Doorley announced that Warren is facing two felonies, including a scheme to defraud in the first degree and violation of election law.

If convicted, she would be removed from office.

Furthermore, the embattled mayor was accused of lying in regards to the highly publicized death of Daniel Prude while in police custody in March, 2020, Law Officer reported.

An investigation into the official response to Prude’s death in police custody last year says the mayor lied to the public. The report, commissioned by Rochester’s city council and made public in March, 2021, said Warren lied at a September press conference when she said it wasn’t until August that she learned officers had physically restrained Prude during the arrest on March 23, 2020.

Warren was told that very day that officers had used physical restraint, the report said, and by mid-April she and other officials were aware Prude had died as a result and the officers were under criminal investigation. (They have since been cleared of wrong-doing.)

“In the final analysis, the decision not to publicly disclose these facts rested with Mayor Warren, as the elected mayor of the city of Rochester,” said the report, written by New York City-based lawyer Andrew G. Celli Jr.