Police confirmed the suspect's mental health is an issue 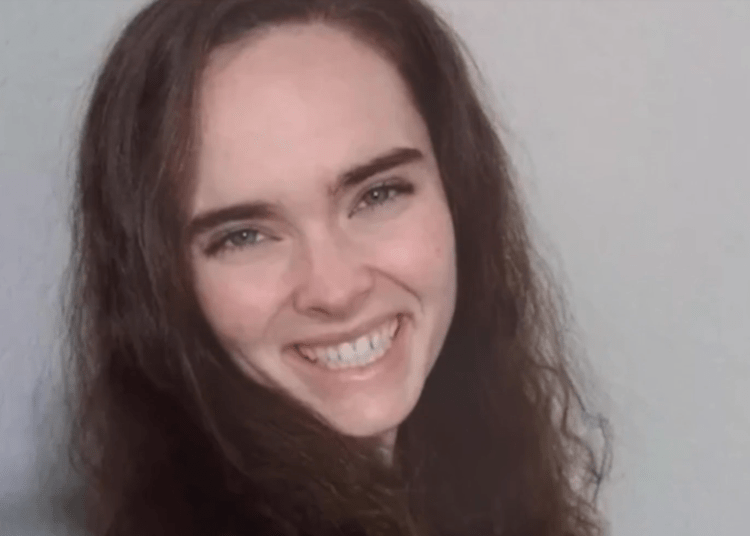 LAWRENCE, Kan. — A former University of Kansas soccer player is dead and her husband is charged in her murder, according to authorities. The accused killer reportedly said to police, “God told him to do it.”

Regan Gibbs-Marek, 25, was a goalie for the KU soccer team, last playing in 2019. She was found dead in the apartment she shared with her husband on West 6th Street in Lawrence.

“He called police and said he had killed his wife. Did he say possibly why he may have done that?” reporter Sherae Honeycutt asked.

“He told us that God told him to do it,” Lockhart replied.

“Did he expand on that at all?” Honeycutt queried.

“There is a lot more that I don’t have with me right now,” Lockhart said.

Police confirmed that Marek’s mental health is an issue.

“There obviously are some preliminary indicators that this person wasn’t mentally stable. We call it being in psychosis, so obviously that is something we will be investigating as well as this case continues,” Lockhart said.

Police said they could not confirm an obvious cause of death. An autopsy is scheduled for Thursday.

The department is investigating domestic violence as a possible factor, but said Marek wasn’t on their radar prior to his wife’s death.

“The message to the family is we’re very sorry for their loss. This is obviously a very tragic thing for them,” Lockhart said. “I couldn’t imagine what they’re going through right now.”

The Douglas County Prosecuting Attorney, Suzanne Valdez, said Marek will be in court May 24. He is being held on a $1 million bond.

In a Gofundme for Gibbs-Marek her cousin says she was a beautiful, kindhearted girl who loved Jesus. Her future plans included returning to school to become a physician’s assistant and use her skills on mission trips, FOX 4 Kansas City reported.

“Our soccer program is heartbroken to hear about the tragic loss of Regan. She was a tremendous teammate and young woman, and touched so many during her time at Kansas. Regan will always be remembered for the impact she had both on and off the field. We share our condolences to her family, friends and teammates during this difficult time.”

“We are devastated to hear about the loss of former KU student-athlete Regan Gibbs. Our KU family sends our love, support and prayers to Regan’s family, friends and former teammates as we all mourn her loss.”