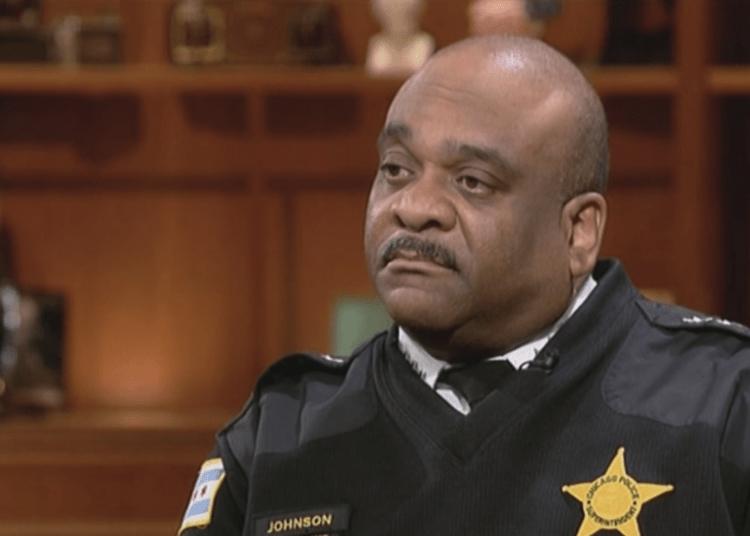 CHICAGO — Things continue to snowball for Chicago’s former top cop Eddie Johnson as he turned himself in to police after officers responded to his home for a report of a domestic incident, according to reports.

A source said Johnson went to the 9th District police station Saturday, WBBM-TV reported. He was “wanted” overnight because he left the scene before officers arrived, according to the station.

Police were called to Johnson’s home Friday night by a third party, the station reported.

Fenner holds the rank of lieutenant in the Chicago Police Department.

“We had a disagreement. We are fine,” Johnson told a reporter for the station outside his home Saturday.

The department issued a statement saying no injuries were reported and no arrests were made in connection with the incident, the Chicago Sun-Times reported.

The incident was the latest trouble for Johnson recently.

It comes on the heels of a lawsuit being filed that accuses Johnson of sexually assaulting a female police officer when he was Chicago police superintendent.

Cynthia Donald claims the attacks occurred over a period of years when she worked for Johnson’s security detail as his driver, Law Officer reported.

In the initial act, Donald accuses Johnson of entering a room and forcing her onto a couch, where he pulled her pants down without her consent and “forcibly performed unwanted oral sex” on her, according to the filing.

“Superintendent Johnson then ejaculated onto Plaintiff’s body and told her, ‘now you know you belong to me,” the lawsuit states.

Two days after the filing of the lawsuit, Chicago’s inspector general announced the suspensions of seven officers in connection with an incident last year in which Johnson was found passed out in his departmental vehicle, Fox reported.

The IG found Johnson had consumed the equivalent of ten drinks that night.

Johnson was fired from the superintendent’s job shortly after the incident.