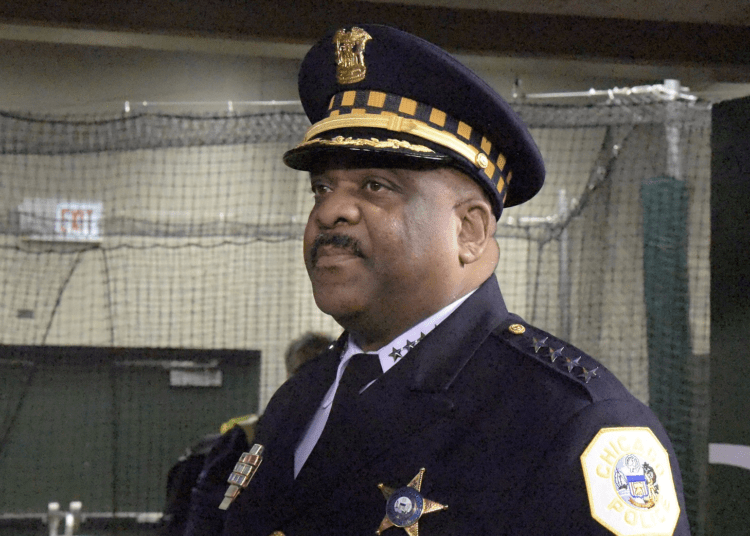 The lawsuit, filed late Wednesday by Officer Cynthia Donald — who was with Johnson the night he was out drinking and fell asleep behind the wheel of his SUV, which led to his firing last year — claims the former top cop first sexually assaulted her in his office in the summer of 2016, New York Post reported.

In the initial act, Donald accuses Johnson of entering the room and forcing her onto a couch, where he pulled her pants down without her consent and “forcibly performed unwanted oral sex” on her, according to the filing.

“Superintendent Johnson then ejaculated onto Plaintiff’s body and told her, ‘now you know you belong to me,” the lawsuit states.

Johnson proceeded to engage in “regular and frequent” acts of sexual harassment and abuse toward Donald, continuing until the end of last year, according to the lawsuit.

Johnson also ordered Donald to come to his hotel room to “engage in sexual activity” during work-related trips between 2016 and 2019, her lawsuit claims.

Moreover, Johnson is accused of making crude remarks on several occasions after forcing Donald to perform a sex act on him, including “you get me through this job” and claiming that the city owed her “another check” for making his workday easier.

The former police superintendent reportedly sent Donald nude photos of himself, according to the lawsuit, including one of his penis.

“My hope in coming forward publicly … is that other women who are also survivors of abuse and harassment by Superintendent Johnson and other male Chicago Department officers will have courage,” Donald told reporters, adding that the department and city officials needed to be held accountable for what happened to her.

An attorney for Johnson said he “adamantly” denied the allegations, while the former top cop also issued a separate statement late Thursday, the Tribune reported.

Donald’s lawsuit also claims Johnson destroyed cellphone evidence of their relationship during an investigation into him being found asleep at the wheel of a running city vehicle in October 2019, which ultimately led to his termination for “intolerable conduct” in December weeks before he was set to retire.

“Eddie Johnson told Officer Donald specifically that he destroyed and wiped his own cellphone before turning it in,” Donald’s attorney, Robert McLaughlin, said Thursday.

McLaughlin also said Donald didn’t feel safe reporting the alleged assaults to anyone in the department, the Tribune reported.

“This was the highest-ranking officer in CPD,” McLaughlin told reporters. “This is a boss with a badge and a gun.”