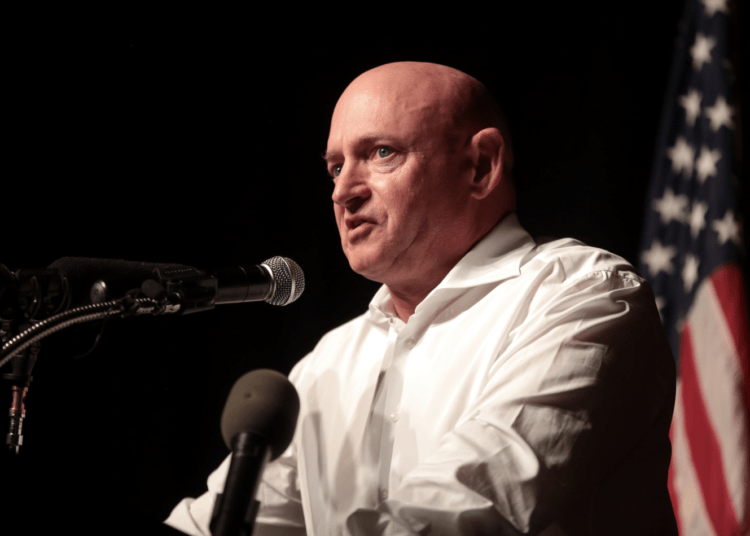 McSally, herself, is a former USAF fighter pilot.

The Twitter post from T.J. L’Heureux was posted in August, a week before he was hired as deputy press secretary, in response to a video showing Chicago police officers seizing open umbrellas from protestors during a violent clash. A city official said later that demonstrators had used the umbrellas to shield their actions from view as they pelted police with frozen water bottles, rocks, and pipes.

“As the son of two police officers, Mark deeply respects those who serve in uniform to keep our communities safe,” a Kelly spokesperson told Fox News in a statement. “Our campaign values the public service, bravery and sacrifice of police officers across our nation. The tweet posted by a junior staff member is unacceptable and we are taking the appropriate action.”

L’Heureux, a 2019 graduate of the University of Chicago, previously served as a press assistant for former 2020 presidential candidate Pete Buttigieg. The post was removed Thursday morning from his account, which was then taken private.

“I deeply regret my comment and apologize for what I wrote – I was wrong,” L’Heureux said in a statement to Fox News. “My comment does not reflect who I am or what I believe, and most importantly, it is not representative of what this campaign stands for. The language I used and the sentiment I conveyed do not belong in our political process, which is why I have deleted the tweet.”

Republican lawmakers have cited the protests as well, telling voters that maintaining the GOP’s Senate majority is the only way to check a progressive liberal agenda should Democratic nominee Joe Biden defeat Trump and take the White House.

“This tweet was written just one week before Mark Kelly hired this person to his campaign team,” the McSally for Senate campaign wrote in a statement. “Mark continues to amplify the most hateful, anti-law enforcement ideas and rhetoric that disrespects and endangers our brave men and women in uniform.”

Democrats have been hoping that unseating McSally, who was appointed by Gov. Doug Ducey after she lost an earlier campaign against Democratic Sen. Kyrsten Sinema, will help them regain control of the Senate.

“It sadly isn’t the first time I’ve seen this from Democratic campaign personnel,” he told the Washington Free Beacon. “I hope that [Kelly] fires [the staffer] immediately to show that he doesn’t condone this kind of attitude that police are ‘f—ing worthless.'”