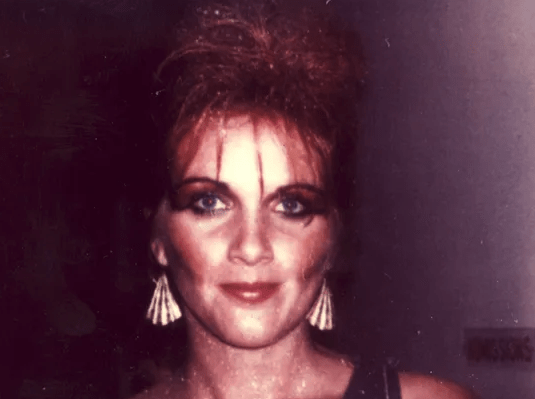 PENSACOLA, Fla. – Tonya Ethridge McKinley was 23 years old and had an 18-month-old son waiting for her at home when she was killed in the early-morning hours of Jan. 1, 1985, in Pensacola.

The young mother was last seen alive around 1:30 a.m. at Darryl’s Bar & Grille in Pensacola. Her body was discovered in the early-morning hours of New Year’s Day, in an empty lot, off Scenic Highway. She was half-nude, strangled to death and sexually assaulted, Pensacola News Journal reported.

After 35 years, Pensacola police made an arrest in the case on Wednesday. The suspect was identified as Daniel Leonard Wells, 57. He is facing charges of first-degree murder and first-degree sexual battery.

Wells was identified after Parabon NanoLabs, a Virginia-based company working with the Pensacola Police Department and the Florida Department of Law Enforcement, ran a DNA sample obtained from the scene of the crime through an open-source genealogy database and identified several different people believed to be distant cousins of the suspect.

From there, Pensacola police, FDLE and Parabon constructed a family tree, starting with the distant relatives, that eventually led them to identify Wells as a suspect. During the investigation, law enforcement surveillance teams surreptitiously obtained his DNA from a discarded cigarette, which was tested and matched DNA found at the crime scene.

“This was a case that spanned three generations of detectives,” said PPD Capt. Chuck Mallett, who led the investigation. “I know it took a long time, but it was one of those cases we never gave up on.”

Wells is being held without bond at Escambia County Jail and will make his first court appearance Thursday morning.

McKinley’s body was found shortly before 5 a.m. on New Year’s Day by a family living on Peacock Drive who were taking their sick dog to an all-night veterinarian clinic.

Investigators collected semen, head hair and pubic hair from her body and the crime scene. Years later, thanks to advances in DNA testing, all of the evidence was identified as being from the same person, but no matches were ever found in the national DNA database, according to PNJ.

McKinley’s father died in April 2000. Her mother, Laverne, lives with family.  Her son is Timothy Davidson Jr., who family members affectionately referred to as “Timbo” when he was a child.

“Nothing could ever make up for losing my mom, but at least now we know what happened to her.”