Dwight Harris has been charged with two counts of rape from nearly 20 years ago, detectives are looking at more 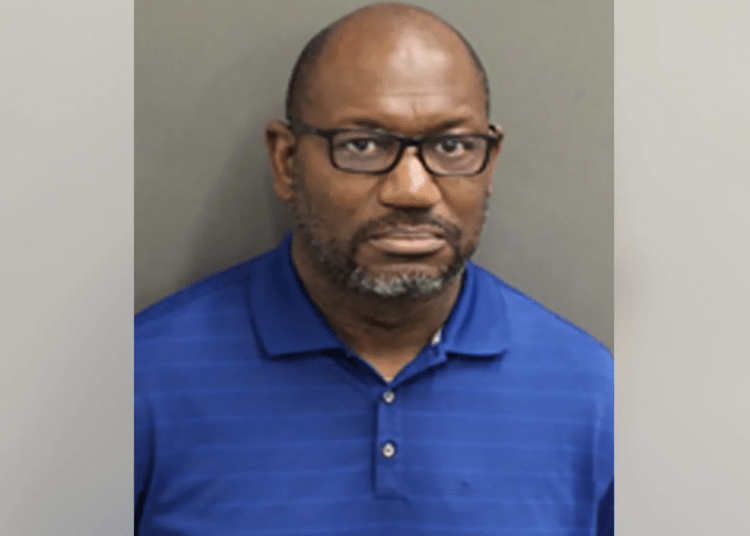 Dwight Harris was charged with two counts of sexual battery with a deadly weapon or physical force. (Orlando Police Department)

ORLANDO, Fla. — Florida detectives have used DNA evidence to link a pair of cold case rapes from nearly 20 ago to a suspect living in Orlando, authorities said Tuesday.

Dwight Harris, 50, was identified as the suspect and taken into custody at his home on July 2. He is accused of two separate rape cases dating back to 2002 and 2003, Orlando Police Department and the Orange County Sheriff’s Office announced at a joint press conference.

Harris earned the moniker “Woodline Rapist” based upon the manner in which he accosted his victims, Chisari said.

Harris’ method of operation included waiting for a woman to return home alone after a night out and attack her while she was making entry into her front door. Next, the suspect would drag the woman to a nearby wooded area, just past the tree line, and sexually batter her, police said.

Detectives said the victims were unknown to Harris and the perpetrator was unknown to law enforcement. Police said Harris “was living a normal life” at the time of his arrest, Fox News reported.

“He had a family, he had a regular job. Just as if it never happened,” Chisari said.

The “Woodline Rapist’s” DNA was run through Parabon NanoLabs — genetic genealogy — in early 2020 by detectives with the Florida Department of Law Enforcement.

The resulting analysis built leads which helped investigators and analysts create a family tree through online DNA databases and narrow down their search, Fox reported.

Once Harris was identified as a suspect, detectives obtained his DNA to confirm that it matched the sample from the “Woodline Rapist.”

As a result, Harris was charged with two counts of sexual battery with a deadly weapon or physical force. The prison exposure for the crimes is up to a life sentence.

Detectives are not finished with the investigation. They believe Harris could be linked to more crimes, including a rape case from 2011.

Chief Orlando Rolon of the Orlando Police Department announced that the breakthrough in the “Woodline Rapist” cold cases has led Orlando police to begin retaining evidence in sexual assault cases for 50 years.

“For those who are out there who may think that they have gotten away with something, the potential is that in the future they may be identified also,” Rolon said.